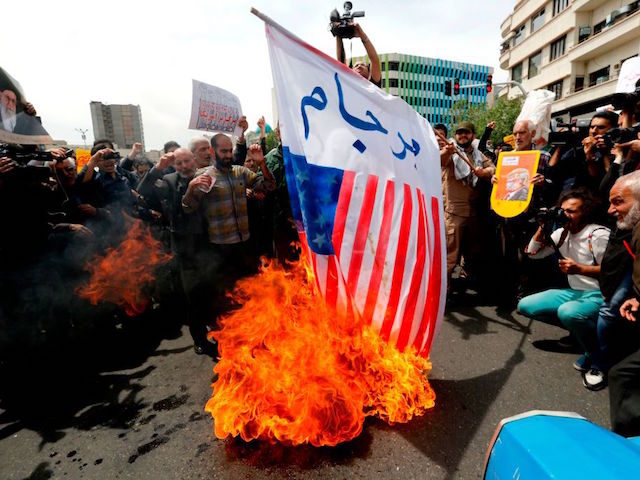 Much of the instant media commentary regarding the announcement claimed that it is nothing more than a testament to the deep, long-standing ties between the two isolated nations, whose rogue behavior has caused both to be shunned by the international community.

The problem with this interpretation is that neither leader is isolated.

With the planned summit with President Donald Trump back on for June 12, Kim is about to score North Korea’s greatest diplomatic achievement since the hermit kingdom was established in the aftermath of the Korean armistice in 1952.

Assad, for his part, just met with Russian President Vladimir Putin in Sochi on May 17. His forces and their Iranian/Hezbollah/Shiite militia allies have retaken the outskirts of Damascus, and so largely ensured the survival of his regime. Assad has made clear that his next moves will be to seize southern Syria along the Israeli and Jordanian border regions of Quneitra and Daraa from rebel forces. He also has his sights on the U.S.-allied Kurdish held areas in eastern Syria.

In other words, things are looking good for both men. Why would they risk their newly held credibility by meeting with one another? Kim will certainly score no points with Trump for meeting with the man the president referred to recently as “a monster.”

In September 2007, the Israeli air force destroyed a nuclear reactor in Deir Azzour in Syria. The reactor was constructed by North Korea and paid for by Iran.

The Israeli operation placed Iran’s nuclear cooperation with North Korea in stark relief. Many Israeli officials viewed the Syrian reactor as an extension of the Iranian program. Iran constructed the Syrian reactor, they told reporters, as a means to replicate and expand its own capabilities.

According to an Israeli official who was intimately engaged in discussions with the Bush administration regarding the Syrian nuclear reactor both before and after the Israeli airstrike, rather than use the revelations of Iranian-North Korean nuclear cooperation to pressure Iran and North Korea to come clean about their collaborative efforts, and the extent of their nuclear cooperation, then-Secretary of State Condoleezza Rice sought to silence discussion of the issue.

Rice, who opposed the Israeli operation in Syria, was engaged at the time in nuclear talks with both Iran and North Korea. Rice was not interested in highlighting either regime’s role in building the Syrian reactor, because she apparently hoped to appease both.

Due to Rice’s efforts, little attention has been paid publicly to the issue of Iran’s nuclear ties to North Korea. But the fact that those ties exist is an undisputed fact.

Consequently, with North Korea apparently actively engaged in discussions of its nuclear program with Washington, the Iranian regime is likely in a state of panic about what Kim and his representatives are telling the Americans about their work with Iran.

And that is where Assad comes in.

If the North Korean media report of his planned visit is accurate, and if Assad soon shows up in Pyongyang, he won’t be there to show the world that he has friends, too.

Assad will be in Pyongyang as an emissary of the Iranian regime, which wants to find out what Kim is planning — and hopefully, coordinate policy with him before his June 12 meeting with Trump.

Iran’s apparent effort to coordinate its operations with its longtime partner, and its fear that North Korea may be in the process of selling out to the Americans, is not happening in a vacuum. The Trump administration is implementing an across-the-board strategy to isolate Iran from its economic and strategic partners.

In some cases, like Trump’s diplomacy with Pyongyang, and the decision to abandon the Iran nuclear deal, the U.S. is implementing its strategy directly. In other areas, the U.S. is using Israel to implement its strategy of isolating Iran.

If North Korea is Iran’s chief Asian partner, Assad and Putin are Tehran’s most important allies in the Middle East. Russia built Iran’s Bushehr nuclear reactor. Russia has sold advanced weapons systems to Iran. Since 2015, Russia has been Iran’s chief partner in preventing Assad’s defeat in Syria, and in winning back regions of Syria that rebel forces had successfully seized control over during Syria’s seven-year war.

But for the past several weeks, backed by air strikes against Iranian targets in Syria, Israel has been leading a diplomatic effort aimed at Putin to convince the Russian leader to attenuate, with the goal of ending his alliance with Iran in Syria. As Dore Gold, former director general of Israel’s Foreign Ministry, outlined in a policy paper this week, Israel has been making the case to Putin that now that the Syrian war is petering out, with the Assad regime in control over wide expanses that were previously held by rebel forces, Iran’s plans and interests are no longer aligned with Russia.

Russia wants stability in Syria to ensure its continued control over the Tartus naval base and the Kheimnim air base near Latakia. Assad gave Moscow the bases in exchange for Moscow’s military assistance in saving his regime from destruction.

Iran, on the other hand, has made no attempt to hide the fact that now that the war is winding down, it expects to use its position in Syria, where it controls some 80,000 forces, to pivot to war against Israel. Israel has responded to Iran’s threats by attacking Iranian military positions in Syria. And Israel has also made clear that if it is forced to go to war against Iran in Syria, the government will order the Israel Defense Forces to destroy the Assad regime.

In other words, the Israelis are saying to the Russians: If you do not rein in Iran in a serious way, and block the chance of war, the Assad regime that gave you your port and air base will disappear, and you will need to hope that the next regime, whatever it is, will let you keep the bases. In giving full backing to Israel’s military operations in Syria, the Trump administration has signaled to Moscow that the U.S. will back Israel in the event of such a war.

Understanding that Israel is coordinating all of its actions with the Trump administration, Russia has given partial support to Israel’s position. Over the past two weeks, Putin and Lavrov have made a series of statements calling for the withdrawal of foreign forces from Syria, and stating explicitly that Russia expects Iranian-controlled forces to withdraw from the border area with Israel. The border areas, the Russians have said, should be manned only by Syrian regime forces. Moreover, they have said, Russia is willing to deploy police forces to the border areas to ensure that no Iranian-controlled forces are deployed in those areas.

Israel, while thanking Russia for its recognition of Israel’s concerns, has insisted that Russia demand all Iranian-controlled forces withdraw from Syria. The U.S. backs that demand, which Secretary of State Mike Pompeo stated explicitly during his speech on the administration’s Iran policy at the Heritage Foundation last week.

So far, there is ample evidence that Russia is not speaking with one voice on Iran. On the one hand, the Syrian Observatory for Human Rights announced Wednesday that Iranian and Hezbollah forces were preparing to withdraw from the border area with Israel.

On the other hand, while insisting that all Iranian-controlled forces abandon the border zones with Israel, the Russians are also telling Assad that as the “sovereign” in Syria, he has the power to decide whether foreign forces will operate in the country and where they will deploy. Shortly after Putin called for all foreign forces to withdraw from Syria, Russian and Iranian forces jointly constructed 17 fixed military posts around Idlib province.

And perhaps most damningly, on Thursday, Israel’s Hadashot news channel reported that Hezbollah forces along the border with Israel were sighted donning Syrian military uniforms.

But whether Putin is lying or telling the truth about his attenuation of his ties with Tehran, what is clear enough is that Russia’s warm embrace of Israel, including Putin’s decision not to block Israel’s air assaults against Iran’s military assets in Syria, is setting off alarm bells in Tehran.

Whereas a year ago, the Iranians believed their alliance with Putin was stable, today they are forced to worry that he will stab them in the back to improve his relations with Washington. And now, with Putin making at least an artificial separation between Syrian regime forces and Iranian-controlled Shiite forces, the Iranians also need to worry, if only at the margins, that Assad may feel he needs to distance himself from his Iranian sponsors.

The U.S., for its part, is doing everything it can both to reinforce this Iranian paranoia and to prod Moscow away from Tehran. The administration is working both indirectly, through Israel, and directly, through discussions of a summit between Trump and Putin.

It is far too early to know if the Trump administration’s strategy for isolating Iran and destabilizing its alliances will be successful. But both the announcement of Assad’s planned visit to Pyongyang, and the noises the Russians are making on Syria, indicate that Moscow is attenuating its ties with Tehran. Those are encouraging signs of progress.

Caroline Glick is a world-renowned journalist and commentator on the Middle East and U.S. foreign policy, and the author of The Israeli Solution: A One-State Plan for Peace in the Middle East. Read more at www.CarolineGlick.com.