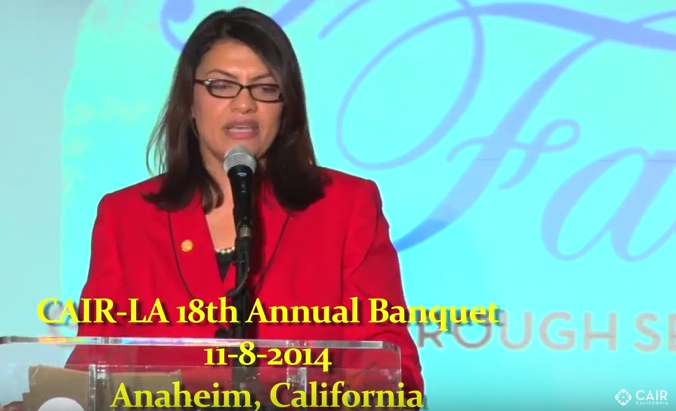 Rashida Tlaib, who is running for the Congress in the 13th district in Michigan, said Wednesday she “absolutely” sees a “blue Muslim wave” in the 2018 midterm elections. Tlaib is one of more than 90 Muslim Americans, many of whom are Democrats, running for public office in 2018, a trend The Washington Post dubbed the “blue Muslim wave.”

In an interview with CBSN’s Reena Ninan on “Red & Blue,” Tlaib called the Muslim Americans running for office “incredibly talented, inspirational neighbors of ours who happen to be Muslim.”

Tlaib, a former social worker and Michigan state Representative, said “my policy stance is going to be about improving the quality of life for the families I represent, and it so happens I’m a Muslim.”

“Me being elected is a big message to the whole country that we are part of the government, we are part of society and we want to give back just like anyone else,” Tlaib noted.

When Ninan asked why there are just two Muslim Representatives in Congress among 3.3 million Muslim Americans, Tlaib noted that “it can be overwhelming” for people of color to run for leadership positions.

But now, she said, “you have people from all different backgrounds right now taking the lead of running for office the courage to stand up and say ‘you know what, I can do this. Clear out the room boys, let’s put some women there, let’s deal with the gun crisis, let’s deal with immigration, let’s deal with crises we have in this country – it’s about time we get an opportunity to get a stab at it.’”

Tlaib called President Trump’s election a “bat signal” for many women who decided to run for office. “Not just Muslim women, but women from all backgrounds, it was a call to say we have to act,” she said.

Tlaib is running for the seat vacated by longtime U.S. Rep. John Conyers, who retired last year amid sexual misconduct allegations. Conyers represented the district for 52 years, and the seat has been vacant since the beginning of this year. On Nov. 6, voters in the district will be voting in two elections — a special election to fill the seat for the rest of the year and separately for the full two-year term.

Sound confusing? Tlaib said her campaign is worried voters will get confused, and  they are “knocking on doors everyday” explaining the ballot.

While Michigan went red in the 2016 election, Tlaib said she feels her district, which includes parts of Detroit and Dearborn, is “very progressive” and did not go for Mr. Trump.

Tlaib is not only running to represent Muslims (first and foremost) but:

…when asked her biggest reason for wanting to go to Congress now, she doesn’t hesitate: “I think this (election) is going to be about electing the jury that will impeach him — and I would make a heck of a juror!” (No need to ask who she meant.)

And if they do, the Muslim refugee flood gates will open once again.

More on Tlaib in the Creeping Sharia archives here.