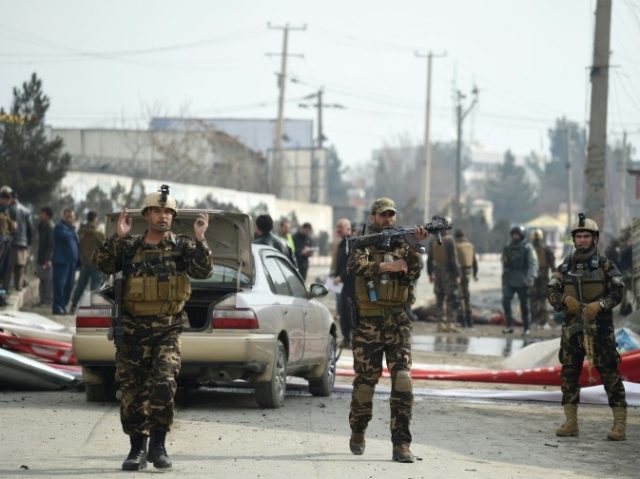 Breitbart News’ most recent count covers deaths and injuries between May 17, when Ramadan started for most Muslim across the globe, and Sunday, May 3 (18 days).

That means, on average, terrorists have killed about 20 people and wounded 30 others each day since the beginning of Ramadan. Over the last week alone (since Breitbart news last updated its count), terrorists killed about 150 people.

During Ramadan, most Muslims refrain from eating, drinking, smoking, having sex, and other physical needs each day, starting from before the break of dawn until sunset.

However, some Islamists believe they will reap extra rewards from Allah in paradise if they engage in jihad or die a martyr during Ramadan, prompting a spike in the terrorist attacks during the period every year.

Islamic extremist groups and some Islamist leaders encourage martyrdom among their supporters and followers, promoting the belief that God will exceptionally reward those who kill infidels during the holy month.

Like in previous years, the West has not been immune to the Ramadan carnage this year.

On May 29, Benjamin Herman, an Islamic State (ISIS/ISIL)-linked terrorist who was on temporary release from prison and was heard yelling the jihadi battle cry “Allahu Akbar,” killed two police officers and a civilian in Belgium. He also wounded four police officers.

Muslims from all sects, including women and children, make up the majority of casualties this holy month.

The Afghan Taliban appears to be the deadliest group so far this Ramadan, followed by the Islamic State (ISIS/ISIL), which still poses after losing its so-called caliphate in Iraq and Syria.

Breitbart News primarily gleans its tally from the Religion of Peace website in coordination with news and government reports.

Given that news outlets and government agencies do not report many of the terrorist attacks in real time, the casualty total for the first 18 days is subject to change.

Officials may update some of the casualty totals as some of the injured victims succumb to their injuries, a move that may also trigger a change in the count after Breitbart News publishes this report.

All the terrorist attacks so far during Ramadan 2018, as documented by Breitbart News, include:

May 17 — Khyber Pakhtunkhwa (KP), Pakistan — Jamaat-ul-Ahrar (JuA) terrorist group claims responsibility for a suicide bombing that kills one and injures 14.

May 17 — North Sinai, Egypt — Sunni hardliners bombed an area, killing one and injuring another.

May 18 — Diyala, Iraq — Suspected ISIS terrorists are behind a bomb blast that kills one and wounds another.

May 19 — Chechnya, Russia — Islamic State claimed responsibility for an attack at church that kills two police officers and a worshipper and also wounds another police officer.

May 21 — Sidi Bel Abbes, Algeria — Terrorists kill two men inside a mosque, including the muezzin, who calls Muslims to prayer.

May 23 — Kashmir, India — Suspected terrorists launch a grenade, injuring ten civilians, including a woman and a 12-year-old boy.

May 23 — Baghdad, Iraq — Terrorist blows himself up in a crowded park in Shiite-majority Shoala, killing seven and wounding 16.

May  24 — Benghazi, Libya — Suspected jihadists carry out car bombing behind city’s largest hotel, killing seven, including a girl, and wounding 20.

May 24 — Balochistan, Pakistan — Lashkar-e-Jhangvi (LEJ) terrorists kill one, injure another with a landmine in Kalat district.

May 27 — Kashmir, India — Terrorists kill a soldier and a civilian in Pulwama amid ceasefire.

May 28 — Mogadishu, Somalia — Suspected al-Shabaab terrorists kill a member of the security forces and a civilian.

May 28 — Pattani, Thailand — Suspected Islamists kill civilian in front of his house after returning from a mosque for prayers.

May 28 — Borno, Nigeria — Suspected Boko Haram suicide bombers kill five, wound five in two separate attacks inside a house a near a mosque in Konduga.

May 29 — Bari, Somalia — ISIS attacks army base, killing one soldier and injuring three, including civilians in Qandala District.

May 30 — Idlib, Syria — Islamists kill one civilian in al-Dana.

May 31 — Aleppo, Syria — Suspected jihadists kill four, including a child, wound six at a bus station in Jarablus.