Eugene Greenstein, Ph.D., is a community activist who lives in Farmington Hills. 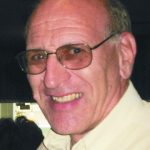 There have been a number of op-eds and articles in the JN this past year critical of President Trump and supportive of the Resistance Movement.  I am proud to say I was and am a Jewish Trump supporter.

While I would not use his phraseology, Trump was the only candidate who understood the issues that were important to this nation. He understood, as did President Clinton, that secured borders are important and is acting on it with increased resources on the borders and in our immigration courts while waiting approval for funding of needed border barriers
such as Israel has successfully implemented.

He recognized that Islamist terrorism is a problem and explicitly addressed 50 Islamic  nations last spring on their need to eradicate it. He appointed tough-talking, smart and pro-Israel Nikki Haley to be our U.N. representative. The U.S.’ recognition of Jerusalem as the capital of Israel provided a practical veto to U.N. Resolution 2334, which declared Israel’s presence illegal in the disputed territories, including east Jerusalem. The past administration’s true views on Israel were seen when it let 2334 pass via an abstention in December 2016.

While many did not like Trump’s approach to North Korea, we now have three prisoners released and the hope of a nuclear disarmament deal. Time will tell; however, his rhetoric did not lead to war as many said it would but has led to the possibility of peace.

After giving the Europeans an opportunity to fix the JCPOA (Iran Nuclear Deal), Trump withdrew the U.S. This agreement was never signed nor ratified and the Obama administration and Iran had two different interpretations.  The agreement does not allow
for inspection of Iran’s military bases; it did not address intercontinental missile development, and allowed research and development of nuclear infrastructure to
go on. The billions we gave them, upfront, has gone to support their military adventurism in the Mideast. They shot missiles at Israel from Syria in the past few weeks and have long supported Hamas’ violence.

Trump identified that our trade agreements were deleterious to our economy and is  stepping up to deal with them. As someone who was involved in the automotive and electronics business, it has been clear to me for a long time that Japan, China, South Korea, Europe, etc., had protective tariffs, monetary policies and regulations designed to keep our automobiles and electronics out. Their policies gave them a competitive  advantage that significantly harmed our machine tool, home electronics and steel industries.

It has been interesting to hear all the free traders wringing their hands over the steel and aluminum tariffs when there had never been free trade with these foreign countries. However, our economy was open and our companies had to fend for themselves. Interestingly, we have seen China start to eliminate tariffs like the 25 percent tariff on automobiles. In the case of NATO, where our allies never paid their fair share for defense, President Trump’s calling them out is changing that picture.

The tax cut, while not perfect, provided a major incentive to start to bring trillions of dollars parked overseas back to the United States, jumpstarting investment.  This and regulation reduction resulted in the lowest unemployment rate in decades overall, including for African Americans and Hispanics.

While all the reasons I have mentioned make me proud to support our president, there are more important reasons. The president is standing up against identity politics, which have been used to divide this country. He recognizes that there needs to be free speech on campus and not safe spaces where the diversity of thought is precluded.

The leftist takeover of the Democratic party has resulted in the platform in support of Israel being weakened every four years and a vice-chairman, Keith Ellison, who has been a defender of the antiSemite Louis Farrakhan. The Democratic Party supports the Women’s March, whose leaders such as Tamika Mallory, Carmen Perez and Linda Sarsour support
Farrakhan and are anti-Israel. Yet a lot of Jews supported the Women’s March blind
to the ideology it represents.

We all should be afraid of the weaponization of the Justice Department and the IRS, as our government should protect us regardless of our political views.

Hillel said, “If I am not for myself, who will be for me? But if I am only for myself, who am I? If not now, when?” Another perspective on that quote is given on every airplane flight. When giving instructions for how to use an oxygen mask on an airplane, the stewardess reminds everyone to put their masks on first then help others.

“Making America Great Again” (a slogan Bill Clinton used in 2008 in support of his wife Hillary’s presidential candidacy) is all about putting our oxygen mask on first.  Trump recognizes we need to help ourselves if we are going to help others.