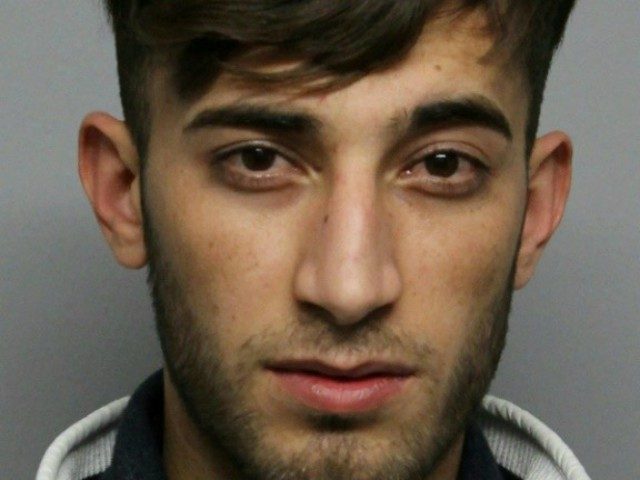 Ali Bashar, 20, who is alleged to have strangled Susanna Maria Feldman, 14, after sexually assaulting her, was “arrested by Kurdish authorities in northern Iraq at the request of German federal police”, said Seehofer.

The body of the girl, named as Susanna Maria Feldman, who had been missing since May 22, was found Wednesday buried on the outskirts of the western German city of Wiesbaden. Feldman’s death had shocked the nation and her alleged attacked is believed to have arrived in Germany in October 2015, at the height of the migrant influx to Germany.

Bashar was appealing the rejection of his asylum application.

Prosecutors initially told reporters they were searching for two men to help them with their inquiries— a 20-year-old Iraqi and a 35-year-old Turkish citizen, both of whom lived at homes for asylum-seekers in the city.

Later Thursday, prosecutors dropped the arrest warrant for the Turkish man, who had been detained Wednesday evening, saying new information had emerged indicating the 35-year-old wasn’t a suspect. A cross with a sign reading ‘Susanna, 14 year-old, victim of tolerance’ is placed among flowers and candles at a makeshift memorial at the site where 14-year-old Susanna Maria Feldman has been allegedly raped and murdered by an Iraqi asylum seeker in Wiesbaden, Germany, on June 08, 2018. Germany was outraged June 8, 2018 by the escape of the failed Iraqi asylum seeker suspected for the rape and murder of the teenage girl, which raised questions over failings in immigration and police services. (BORIS ROESSLER/AFP/Getty Images)

Germany’s Central Council of Jews said Feldman was a member of the Jewish community in Mainz, near Wiesbaden. It called for a thorough investigation and warned in a statement against “premature conclusions.”

The Jewish community of Mainz reacted to the tragedy with equal measures of shock and grief.

“I am as shocked, sad, and aghast about the violent death of Susanna as one can be,” Rabbi Aharon Ran Vernikovsky, who leads the Mainz Jewish community, told the Juedische Allgemeine weekly, adding that the community would do everything in its power to help and support her family.

The rest of Germany’s press has been scathing of police efforts until the arrest.

Bashar turned out to have chalked up a long police record over less than three years in Germany and should have been expelled months before he fled the country last week. A picture of Susanna Maria Feldman is placed among flowers at a makeshift memorial at the site where the 14-year-old girl has been allegedly raped and murdered by an Iraqi asylum seeker. (BORIS ROESSLER/AFP/Getty Images)

“Crimes like these are explosive for our society because they are the bitter proof that this country does not have sufficient control over who is residing within our borders.”

Newspaper Frankfurter Allgemeine Zeitung noted that “these cases seem to be adding up”.

Extradition proceedings will now begin to bring Bashar back to Germany to face trial.