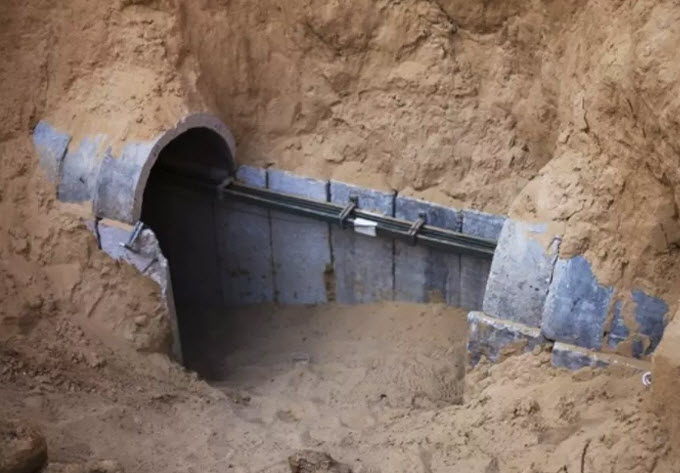 Army spokesman Jonathan Conricus told reporters that the tunnel, the first of its kind discovered by Israeli intelligence, was hit on June 3 in the north of the strip as Israeli aircraft pounded over a dozen militant targets in Gaza.

He said it was probable there were more like it not yet located by Israel.

“We continue to monitor using all our operational, technical and intelligence capabilities that we have at our disposal,” he added.

Last week’s strikes were launched in retaliation for rockets fired at Israel by Palestinians in Gaza.

Conricus said that the tunnel ran from a military facility of Gaza’s Islamist rulers Hamas into the Mediterranean sea, “a few dozen metres away” at a depth underwater of two to three metres.

“It could have facilitated hostile activity against the state of Israel,” he said, adding that the tunnel’s underwater exit was about three kilometres (two miles) from Israel’s border.

He said that the tunnel had been used in Hamas training and was “operational”.

Clashes with troops on Gaza’s land border have seen least 129 Palestinians killed since protests broke out along the Gaza border on March 30.

There have been no Israeli fatalities.

Protests peaked on May 14 when at least 61 Palestinians were killed in demonstrations to coincide with the controversial opening of the US embassy in Jerusalem.