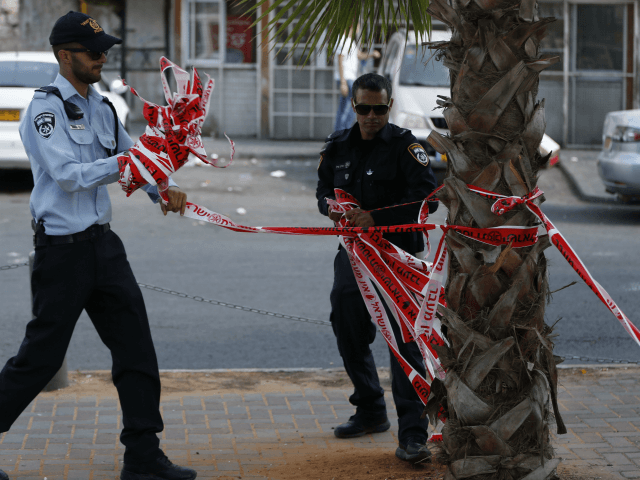 The head of the Shin Bet security service on Wednesday announced that his organization had foiled some 250 “significant terror attacks” since January, crediting this achievement in part to high-tech surveillance and tracking tools.

Nadav Argaman, who has led the Shin Bet since 2016, noted the changing security threats in Israel and the West Bank, away from more organized terror groups and toward so-called “lone wolf” attacks by unaffiliated individuals.

“The map of threats and challenges is varied and covers multiple unstable and difficult fronts,” he said.

“Since the start of the year, the Shin Bet security service has prevented 250 significant terror attacks, including suicide bombings, kidnappings, and shootings,” he said. 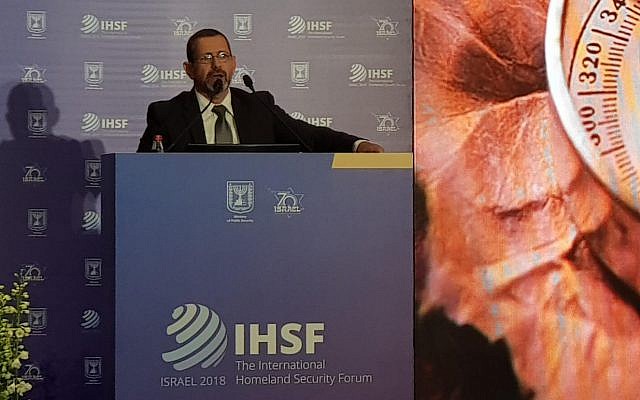 Nadav Argaman, head of the Shin Bet security service, speaks to a conference of visiting public security ministers in Jerusalem, on June 13, 2018. (courtesy)

Argaman made his remarks to an international conference of public security ministers in Jerusalem, which had been organized by Israel’s own Public Security Minister Gilad Erdan. The announcement came hours after the Shin Bet revealed that it had arrested a Palestinian man suspected of killing an IDF soldier during an arrest raid in a Ramallah refugee camp last month. 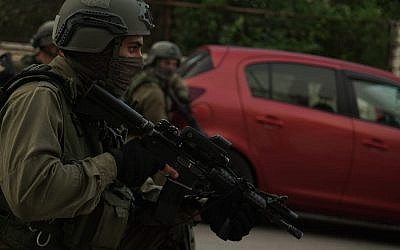 Israeli troops on June 6, 2018, arrest a Palestinian man suspected of killing an IDF soldier by dropping a stone slab on his head in the al-Am’ari refugee camp in Ramallah the month before. (Israel Defense Forces)

The Shin Bet chief said part of the way his agency had been able to effectively respond to the “lone wolf” attacks, which have confounded security services around the world in recent years, was through the use of advanced technological techniques like “big data” — large amounts of information from which researchers can attempt to make predictions.

“The Shin Bet security service knew to adapt itself and use technological, intelligence and operational tools in order to find these assailants ahead of time,” he said.

“The great investment in technological developments in the worlds of ‘big data,’ machine learning, and artificial intelligence, by the Shin Bet has created a great leap forward from intelligence extraction to intelligence prediction for the purposes of preventing terror attacks and terrorist intentions before they’re carried out,” he said.

Argaman added that the Shin Bet was also relying on “classic” intelligence methods to combat terrorism. 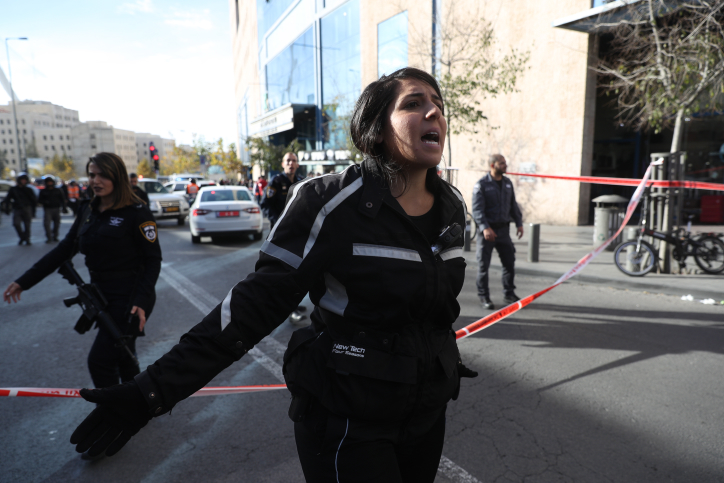 Illustrative: Police officers close off the area around Jerusalem Central Bus Station, after a Palestinian terrorist stabbed a security guard there, on December 10, 2017. (Yonatan Sindel/Flash90)

In late 2015 and early 2016, Israel was struck by a wave of regular terror attacks, mostly in the form of stabbings, car rammings and shootings, across Israel and the West Bank.

The Shin Bet, Israel Defense Forces and other security services initially struggled to prevent the attacks, which were being carried out by these “lone wolves,” having spent decades training to counter the types of threats posed by organized terror groups.

By mid-2016, the number of attacks against Israeli civilians and soldiers had returned to their regular levels, which Israeli defense officials credited to new policies and tools put in place to combat these independent attacks.

Though at a much lower rate, terror attacks by Palestinian “lone wolves” still occur in Israel.

On Monday, an Israeli high school student was stabbed and seriously injured by a Palestinian man who had entered Israel without a permit, while she was on her way to take a matriculation exam in the northern city of Afula, in what the Shin Bet determined was a terror attack.
Share Our Work