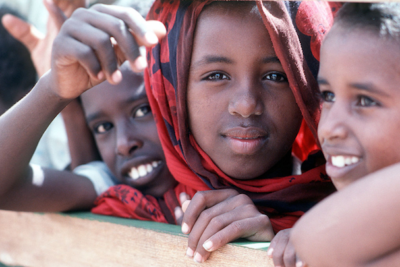 Back in 2010, I reported that here in America, the Academy of Pediatrics suggested that American doctors be given permission to perform a “nick” on girls from Islamic cultures. The norming of savagery. Because of our opposition to their “well-intentioned” abomination, the Academy of Pediatrics withdraw its “2010 Policy Statement on Female Genital Mutilation (FGM) that Endorsed Pediatricians’ ‘Nicking’ of Girls’ Genitalia.”

As the norming of the sharia becomes more commonplace in the West, that kind of cultural equivocation will be sanctioned.

“Women and Girls in Eight Battleground States at Increased Risk For Female Genital Mutilation,” by Chris Alto, Tennessee Star, June 13, 2018 (thanks to RN):

The 2013 Population Reference Bureau (PRB) estimate that over 500,000 women and girls in the U.S. are at risk for female genital mutilation (FGM) has been confirmed by an updated analysis issued by the Centers for Disease Control (CDC).

Eight “battleground states” where voters will determine control of the U.S. Senate and the House of Representatives in November, are ranked by the PRB within the top 20 states where women and girls face the highest risk of FGM – Minnesota (3rd), Ohio (9th), Pennsylvania (11th), Michigan (15th), N.Carolina (16th), Colorado (17th), Arizona (19th), Nevada (20th).

Three cities within the battleground states are ranked in the top 10 Metropolitan areas where women and girls face the greatest risk of FGM.

“The estimated increase was wholly a result of rapid growth in the number of immigrants from FGM/C-practicing countries living in the United States.”

The countries of origin from which the U.S. receives refugees, asylum seekers and other immigrants and which are considered countries where FGM is heavily practiced include Egypt, Ethiopia, Somali, Nigeria, Liberia, Sierra Leone, Sudan, Kenya, Eritrea and Guinea.