US President Donald Trump has reportedly signed a secret letter pledging not to strong-arm the Jewish state into relinquishing its nuclear weapons.

The US president’s backing came after Israel’s ambassador to the United States reportedly pressured the administration last year, raising the ire of American officials.

The rare moment of tension between the Israeli government and Trump White House in February 2017 came a month after Trump entered office and was said to devolve into yelling and profanity, according to a report by The New Yorker on Monday.

“This is our fuckin’ house,” an unnamed US official was quoted saying in response to Ron Dermer’s demands.

According to the report, Israel was looking for the fledgling Trump administration to sign off on an understanding first reached between prime minister Golda Meir and US president Richard Nixon, whereby Israel would neither declare, test or threaten to use nuclear weapons in exchange for the US not pushing Israel to join the nuclear non-proliferation treaty. 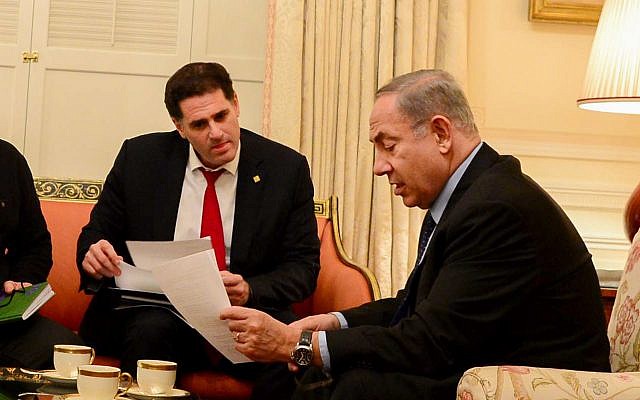 Although the oral agreement continued to be honored through the Reagan administration, Israel grew concerned over whether the unwritten deal would hold during the presidency of George H.W. Bush, after calls by the US leadership for the Middle East to be free of weapons of mass destruction in the wake of the 1991 Gulf War.

Following Bill Clinton’s election as president, the US signed the first such letter in exchange for Israel’s participation in the 1998 Wye River peace talks with the Palestinians, with Clinton pledging any US-led nonproliferation efforts would not “detract” from Israel’s “deterrent,” a reference to Israel’s nuclear program, the New Yorker reported.

While foreign sources have estimated Israel has an arsenal of dozens to hundreds of nuclear weapons, Israel has neither publicly confirmed or denied such reports in keeping with its policy of so-called nuclear ambiguity.

The report said Israel later added to the covert document a clause saying that the Jewish state would “defend itself, by itself,” meaning it did not require the US nuclear umbrella in light of its own arsenal. 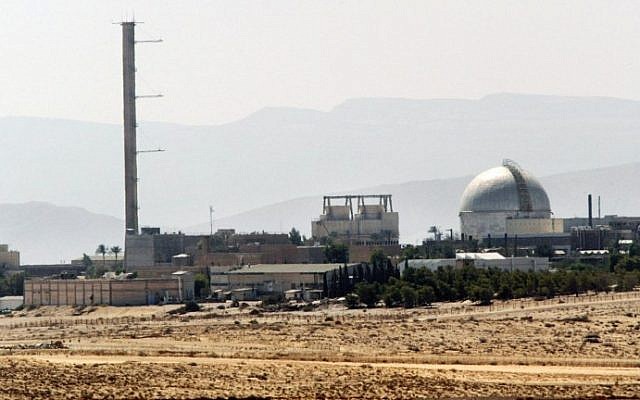 This photo taken on September 8, 2002, shows a partial view of the Dimona nuclear power plant in the southern Israeli Negev desert. (AFP/Thomas Coex)

Similar letters were later signed by US presidents George W. Bush and Barack Obama, the report said, despite the latter initially sparking concern in Israel after voicing support for a nuclear weapons-free world.

Shortly after US President Donald Trump’s inauguration, Israel’s Ambassador to the US Dermer came to the White House to discuss adding Trump’s signature to the letter in talks with former national security adviser Michael Flynn, the report said. Unbeknownst to Dermer, Flynn would resign later that day for lying to Vice President Mike Pence over his contacts with the Russian ambassador.

Trump aides were caught off guard by Dermer’s request and told him they needed some time to study the issue, suggesting it was unclear whether Obama administration officials talked about the Israeli letter with their successors.

Furthermore, Israel’s desire to minimize the number of officials who took part in conversations about the letter rankled US officials, who felt Dermer was behaving as if he was in charge, according to the report.

“This is our fuckin’ house,” a US official was quoted as telling Dermer.

The feeling in the White House, added a former aide, was that “there is a lot of good will, but don’t take advantage of us.”

Despite the initial tensions, Trump would go on to sign the letter, the report said.

Although Israel saw the letters as guaranteeing the US would not pressure Israel on its nuclear arms, US officials said the document was not unequivocal in its language.

“It was not a blanket ‘We’ll never ask Israel to give up its nuclear weapons.’ It was more, ‘We accepted the Israeli argument that they’re not going to disarm under current conditions in the Middle East,” the New Yorker quoted a former US official as saying.