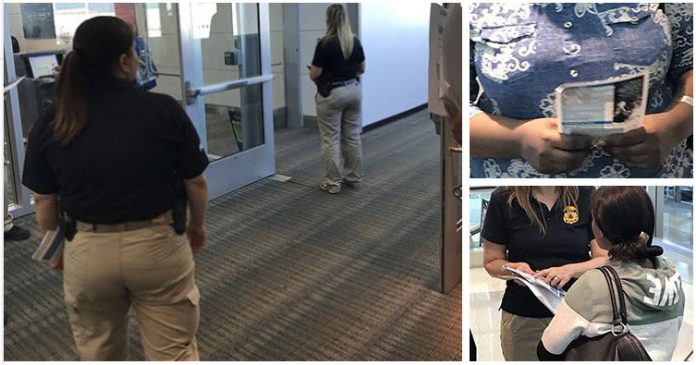 FGM is a cultural practice that involves cutting or other harm to female genitalia for non-medical reasons. It is often performed on girls between the ages of six and ten. FGM provides no health benefits and, in fact, can cause severe health effects – significant bleeding and acute pain, as well as life-long consequences of chronic infection, childbirth complications, post-traumatic stress disorder, depression, and even death.

As part of Operation Limelight USA, specially trained HSI and FBI agents talked with families and other passengers about the harms of FGM and shared informational materials on the criminal penalties for FGM and available resources for girls at risk. The three-day program, June 13 to 15, reached travelers on nine international flights bound for connecting hubs or destinations with high prevalence rates of FGM. It was held at the beginning of summer vacation when girls may be sent from the United States to other countries to undergo FGM, a practice known as “vacation cutting.”

“Brutality of this nature is inconceivable and horrifying to many people around the world” said Patrick J. Lechleitner, special agent in charge of HSI Washington, D.C. “HSI will steadfastly enforce U.S. law protecting women and girls from this violent, illegal, and barbaric practice, whether it’s happening here at home or is facilitated abroad in an attempt to evade our laws.”

Operation Limelight USA is a program designed by HSI’s Human Rights Violators and War Crimes Center (HRVWCC) to bring awareness about FGM and deter its practice by educating the public about the risks and penalties associated with it. It is based on the United Kingdom’s Operation Limelight which began at Heathrow Airport and is conducted by the Metropolitan Police Service and Border Authority.

“Female genital mutilation along with other brutal forms of violence against women and girls has no place in modern society and must be stopped,” said OVW Principal Deputy Director Sullivan. “I commend HSI for bringing awareness to this illegal practice and important issue.”

Members of the public who have information about individuals suspected of engaging in human rights abuses, to include FGM, are urged to call the ICE tip line at – 1-866-DHS-2423 (1-866-347-2423). Callers may remain anonymous. To learn more about the assistance available to victims in these cases, the public should contact ICE’s confidential victim-witness toll-free number at 1-866-872-4973.You can learn more about ICE’s mission to enforce federal laws governing border control, customs, trade and immigration to promote homeland security and public safety at www.ICE.gov.