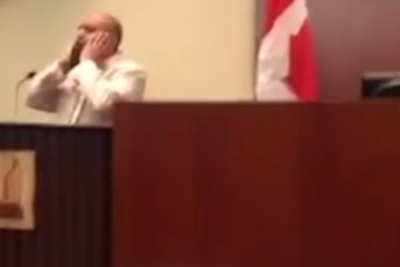 Toronto can’t handle the influx of Muslim migrants, requiring the closing of multiple community centres and the cancelling of public programs, but they’ll submit to this.

In 2015, a unanimous Supreme Court of Canada decision ruled that Saguenay, Quebec’s city council could no longer open its meetings with a Catholic prayer, stating that in doing so, those meetings infringed on freedom of conscience and religion.

The court stated that religious neutrality: “requires that the state neither favour nor hinder any particular belief.”

But all that is out the window now, in the Canadian left’s rush to submit.