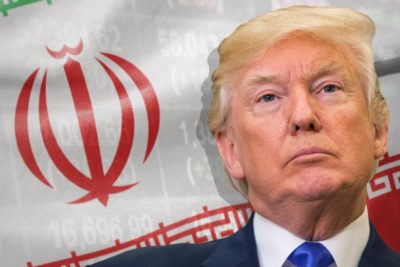 The President is getting it done. He has exceeded our wildest dreams. Greatest president of my lifetime.

He will be an icon in Iran, much like Reagan in Eastern Europe bloc countries.

When US President Donald Trump and Russian President Vladimir Putin get together on July 15, the primarily topic of discussion will be Syria. In particular, the removal of Iranian forces from Syria.

According to American diplomatic sources cited by the London-based Arabic-language newspaper Al-Hayat, Trump is ready to accept Bashar Assad remaining in power in Damascus. But he wants a full withdrawal of Iranian and Iranian-aligned forces from the country.

That’s something the Russians can presumably facilitate. And, if they can’t, Trump’s leverage will reportedly be giving Israel a “green light” to, well, “light up” the Iranians “wherever and however Israel wants to,” said the source.

Israel has been adamant that the Iranian military foothold established in Syria over the past couple years poses and unacceptable and existential threat to the Jewish state. Israel has even broken with its traditional policy of ambiguity by taking credit for numerous devastating air strikes on Iranian bases in and around Damascus.