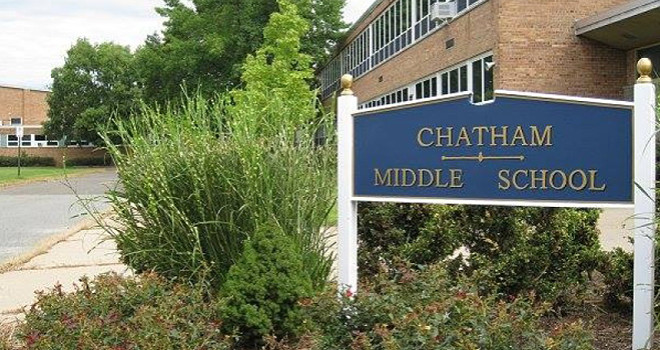 Should schools teach about Islam, and if so, how should they teach it? There’s a general consensus among educators that when dealing with controversial subjects, schools should maintain a distinction between teaching and preaching—between an objective presentation and advocacy.

But some contend that line has already been crossed in regard to Islam in the classroom. In Chatham, New Jersey, a parent is suing the school system for forcing 7th grade students to watch a set of videos in their World Cultures and Geography class that essentially proselytize for Islam. One five-minute video declares that:

The video ends with an invitation of sorts: “May God help us all to find the true faith, Islam.”

The fact is, many American schools have blurred the line between teaching and preaching. One commonly used lesson plan requires grade-schoolers to write out the shahada—the Islamic confession of faith which states: “There is no God but Allah, and Muhammad is the messenger of Allah.” This type of teaching ties in with the Deweyian precept that one learns by doing—that you have to experience something from the inside before you can understand it. Thus, teachers see no problem with the shahada lesson. But there are limits to experiential learning. If one were to propose that students learn the Apostles’ Creed in order to better understand Christianity, alarm bells would start to sound.

The simple solution to the problem of preaching in the classroom is to cut out the advocacy and just stick to the facts. But that’s easier said than done. Complete objectivity is nearly impossible—especially in regard to such a large and complex subject as Islam.

Take Islamic history. Even if you were able to get everyone to agree on the facts, there are so many facts spread over its 1,400 year history that it would be impossible to cover them all. So you need to be highly selective. You need to find a number of diverse groups to agree on what the essential facts are, and on how they should be prioritized.

For example, is it more important to know that Muhammad was the founder of a new religion, or that he was a conquering warlord? Both are essential facts, but Muslim advocacy groups might want the second fact to be de-emphasized or even omitted from the curriculum. In fact, many history texts do downplay Islamic conquests, preferring instead to talk about Islamic expansion.

Which facts should be prioritized? With all due respect to the multicultural view, it seems to me that American schools, while striving to be as objective as possible, should teach those things about Islam that best serve American interests, and—more broadly—the interests of Western Civilization.

This may sound a bit ethnocentric, so let me explain. Islam has been at war with Western nations for 1,400 hundred years. And, because of its perpetual-war doctrine, it still is. Iranian leaders encourage chants of “Death to America” on a regular basis, and—given their obsession with nuclear weapons—there is no reason to suppose that this is mere rhetoric. Meanwhile, the President of Turkey has warned the Austrian government that its plan to close radical mosques in Austria will lead to a war between “the cross and the crescent.” He has issued similar warnings to Greece and other European nations. Since President Erdogan has given many indications that he plans to restore the Caliphate to Turkey, he must be taken seriously. Another reason to take him seriously is that he commands the second largest army in NATO (after the U.S.).

While the U.S. is relatively secure from outside attacks, it is still vulnerable to internal subversion. Indeed, a Muslim Brotherhood document written in 1991, and discovered in a search of an Annandale Virginia home in 2004, outlines a strategic plan to infiltrate key American institutions such as the media, churches, and schools. There is a good deal of evidence that the Brotherhood’s strategy has been highly successful—or else we wouldn’t need to have this discussion as to whether or not public school kids should be learning the shahada by heart.

Currently, the main thing that students learn about Islam is the fairly innocuous “five pillars of Islam.” The five pillars—confession of faith, prayer, fasting, almsgiving, and pilgrimage—give the reassuring impression that Islam is just like any other religion. In other words, there’s nothing to worry about.

But from the perspective of cultural survival, there are a few other things that American students ought to know about Islam. They could, for example, learn five ways in which sharia law is at odds with the Constitution, five ways in which women are oppressed in Islam, and five “slay-them-wherever-you-find-them”-type quotes from the Koran.

In history and “world culture” classes, students learn a lot about Islam’s “Golden Age,” and Islam’s supposed invention of just about every good thing on earth. For the sake of balance, maybe they should also learn about Muhammad’s massacre of between 700-900 Jews in Medina, the estimated one million Europeans who were taken into slaveryin North Africa, and the Armenian Genocide of 1914–1923 which resulted in the deaths of 1.5 million Christians, and became the model for the Nazi Holocaust.

If American students learn about all the crimes of the West, why should they be kept in the dark about the crimes of other cultures? One ought to know that these things have happened and that they can happen again.

If all this seems long-ago-and-far-away-ish, and therefore no longer “relevant” to the interests of the modern 14-year-old, there are plenty of current events that should raise a few “relevant” red flags. Social Studies teachers love to talk about families separated at the border, police brutality, school shootings, and other things that are happening now. So why not also talk about the extermination of Christians in the name of Allah in the Middle East and parts of Africa? Why not talk about the brutalization of Europeans at the hands of Muslim migrants? For example, why not discuss the rape of thousands of English girls by Muslim “grooming” gangs? That’s a topic that would certainly be of interest to American teens. Shouldn’t they be given projects and assignments that will help them to better empathize with the plight of their English peers?

Numerous Islamic clerics have talked about conquering Europe through a combination of immigration and high birth rates. Various commentators familiar with the European scene predict that large parts of it will come under Islamic control within twenty to thirty years if present trends continue. It’s difficult to imagine anything more “relevant” than learning that your civilization may soon be replaced by another.

Maybe you think that cultural survival is not the business of the schools. Perhaps you’re of the mind that it’s up to the president, Congress, and the Army to take care of this. Maybe so; the Army is our first line of defense. However, at a deeper level, the schools are the ultimate line of defense. They form our future soldiers, police, congressmen, and presidents. Hopefully they will prepare men and women who will strive to avoid war, but if war comes, it is vital that those who are called to defend our country believe it is worth defending. This also applies to defending our culture against cultural jihad. This is certainly a frontline task, and it’s one that soldiers are not equipped to handle. Teachers, on the other hand, are in the midst of this battle. Whether or not they realize it is another matter.

It’s not that schools teach that nothing is worth defending; but the causes they advocate are generally left-liberal causes—that is, movements that tend to subvert rather than preserve culture. Many teachers are quite passionate about these cultural crusades, and they expect their students to be equally committed.

The proper response to this one-sided advocacy is not to insist that schools never take sides. They should take sides—the side of the culture to which they belong. That statement needs qualification, of course. We don’t want to instill an attitude of “my country right or wrong,” but we should want to encourage an informed patriotism. And to be informed, one needs to know the bad as well as the good. Students—especially in the upper grades—should be encouraged to think critically about their heritage. Just as in individual lives, so also in the lives of nations, the ability to look objectively at oneself or one’s culture makes it possible to correct one’s errors. As the historian, Arthur Schlesinger, Jr., observed, self-criticism is built into the very fabric of the West. Thus, “the crimes of the West in time generated their own antidotes.”

This ability to self-criticize is one of the things that separates our culture from Islamic cultures. As Islam is considered to be the perfect system, there is nothing to criticize. Thus, Muslim schools do not teach that the massacre of the Medina Jews was a shameful episode in Islamic history, and Turkish schools do not teach their students to “never forget” the horrors of the Armenian Genocide. The official Turkish position is that there was no genocide.

Unfortunately, however, the tendency to self-criticize can be taken to extremes. The problem in the West is not that students lack knowledge of the sins of the West. The problem is, that’s all they know. They don’t know about the great benefits that the West has conferred on mankind. They don’t know the overarching narrative and the unifying ideals that hold the U.S. together as a society. In short, the schools are failing to help students identify with their own culture. And if they don’t identify with it, why should they defend it? The great folly of our contemporary schools is that they are extinguishing the instinct for self-preservation.

Traditionally, it was believed that the school’s job was to transmit not only knowledge, but also the cultural heritage. In addition to learning the ABCs, school was also the place where you learned the story of your nation, your culture, and your civilization. You learned that you were part of that story and that you had a responsibility to play your part well. You learned that although there were shameful episodes in American history, there was much of which to be proud.

In their turn, teachers felt a responsibility to tell the story of American history as objectively as possible. They did not, however, feel an obligation to be neutral about every issue. There were likely very few World War II-era teachers who remained neutral regarding the Axis and the Allies.

A quip attributed to Robert Frost defines a liberal as “a man who is too broadminded to take his own side in an argument.” Right now there is an argument going on between two very different civilizations. As the contrasting claims of the two cultures butt up against each other, educational institutions can no longer afford to take the relativist view that one system or society is as good as another. They need to learn to take their own side. Like it or not, they have a dog in this fight.

Francis Tries to Second-guess the Devil

Video: Live Q&A: EU Wants to Write Global Rules for Big Tech; China Plans to Overtake US Through the Virus