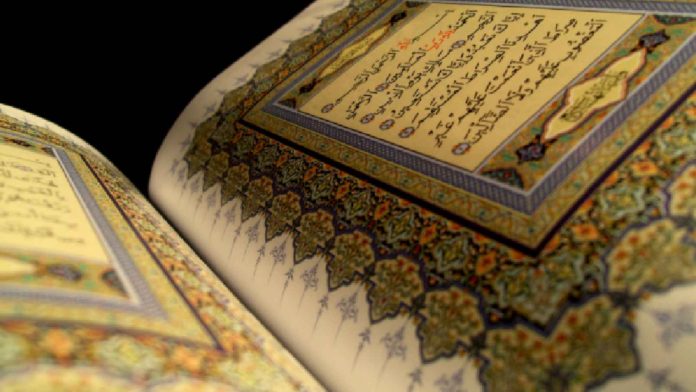 Surveys conducted by Pew Research have revealed a great deal about Muslim beliefs and practices across the globe.  But they fall short of providing an overall picture of the Muslim world because they are divided by country or region.

The Muslim Global Demographic Project was established to answer this need by compiling Pew survey information in order to compute global percentages and global population statistics on Islamic beliefs and practices as they relate to security, terrorism, and the potential threat to Western culture.[1]

Taken together, nearly 1.1 billion Muslims are represented in the 39 countries where Pew surveys were completed between 2008 and 2012.[2]  This encompasses two-thirds of the world’s 1.6 billion Muslims (based on a 2010 estimate), though not every country was polled in all of the survey questions.[3]  Since the surveys cover only countries with substantial Muslim populations, the United States and Western Europe were not included.

Some of the key findings of the project are presented here.  For the complete report and analysis, see “Muslim Beliefs & Practices:  A Global Demographic Assessment.”

Most Muslims Believe there is Only One Islam

Devout Muslims—those who say their lives reflect the hadith and the sunna to a considerable degree—comprise 41% (369.7 million) of the survey population. [4]  Statistically, they are more likely to say that (1) sharia is the revealed word of Allah, (2) that Islam and sharia have only one interpretation, (3) that proselytizing is a religious duty, and (4) that sharia should be the official law of their country.[5]

Most Muslims Prefer to Live Under Sharia

Though Muslims are evenly divided over the belief that there is only one interpretation of sharia, 64% (581 million) believe it is the revealed word of Allah, rather than a form of law developed by men and based on Allah’s word.  69% of Muslims (741.8 million) in the countries surveyed favor making sharia the official law of their country.  This was the highest number in the project’s survey questions.

About one-third (274.0 million) believe sharia should be applied to non-Muslims in some way, and about one-third to one-half of Muslims (352.2 million – 463.3 million) support extreme punishments such as whippings, amputations, stoning for adultery, and the death penalty for apostasy.

These punishments belong to a legal class of penalties known as Hudud.  They are prescribed by the Quran, the sunna (the example and teachings of Muhammad), and traditional sharia (see table below). Hudud offenses are considered crimes against Allah.

About one-third of Muslims surveyed support the forced veiling of women (349.4 million) and say that honor killings are justified (361.8 million), in at least some circumstances, for women who commit pre or extra-marital sex.  Muslims are less likely to justify honor killings for men who commit the same offences.

Honor killing is not taught in the Quran and it is condemned by many Muslim clerics.  Nevertheless, a provision of traditional sharia law called Qisas, which is found in some countries, provides a legal loophole for honor killing by allowing blood relatives to forgive the perpetrator.[6]

When taken together, about one-third to one-half of Muslims (274.0 million – 463.3 million) in the survey countries uphold beliefs and practices (in addition to support for sharia) that are contrary to many Western values and internationally recognized human rights, as shown in this table.

Nearly 17% (which includes 114.7 million adults) of the survey population said that violence against civilians, is justified in order to “defend Islam from its enemies.”  Though the percentage is small, the population number is significant and implies a substantial base of moral and, perhaps, material support for violence and terrorism.[7]  If we assume that 17% is representative of the global Muslim population as a whole (i.e., 1.75 billion in 2015), then the number rises to approximately 191.5 million adults.  Granting that only a small percentage of those who justify terrorism would actually commit a terrorist act, these numbers are still more than sufficient to sustain a significant global terrorist threat for the foreseeable future.

The defense of Islam can be broader than resistance to armed attacks.  For many Muslims, insulting Islam or Muhammad is regarded as an attack on Islam.  Historical support for this view comes from Islam’s traditional texts.  Those who criticized or mocked Muhammad, including women, the elderly, and possibly children, were assassinated at his behest or with his approval according to both the hadith (Bukhari 1067, 4037, Abu Dawud 4361) and Muhammad’s biography, the sira (Ibn Ishaq, 551, 665, 675).  Numerous terrorist threats and attacks on Western targets have been provoked by nothing more than words or pictures which some Muslims found offensive.

There are other important conclusions regarding the survey population which have major implications for immigration.  These are discussed in the full, project report:

The report analyzes 16 survey questions in detail, providing the historical, theological, political, and social background of Muslim beliefs and practices.  It also includes an assessment of security, terrorism, and areas of potential conflict with Western culture—information which is crucial for policymakers and analysts.

[1] The project was made possible by a generous volunteer effort.  Greg Oxnard, former Project and Data Information Systems Manager for Manchester City Council, U.K, designed and managed the Excel spreadsheet, and organized the volunteer effort for data entry.  Marilyn “Micki” Neidich Lewis, a professional, freelance editor, volunteered her skills to proofread and edit this article and the final report.

[3] The total number of Muslims represented by the questions selected for this project ranges from 826 million to 1.094 billion.

[4] The hadith contains the canonical traditions of Muhammad’s teachings.  The sunna refers to the example of Muhammad.

[5] Many devout Muslims in the U.S. and Western Europe may not share these views.  Over 90% of the survey population live in countries where Muslims number 50% or more.

[7] According to Radio Free Europe, “Reactions to the [2015 Charlie Hebdo] shooting in the Arab world have been mixed, with some outlets condemning the attack and others suggesting that the French satirical magazine had brought the attack on itself.”  “Muslim Press Reacts to Charlie Hebdo Attack,” by Joanna Paraszczuk (Jan, 9, 2015)  https://www.rferl.org/a/muslim-press-reacts-charlie-hebdo-attack/26783014.html.  A BBC sponsored poll following the attack found that, “Some 27 per cent of British Muslims sympathise with Paris gunmen, while more than one in ten say satirical cartoons ‘deserve’ to be attacked.”   See “Quarter of British Muslims sympathise with Charlie Hebdo terrorists,” by Matthew Holehouse, The Telegraph (Feb. 25, 2015) https://www.telegraph.co.uk/news/religion/11433776/Quarter-of-British-Muslims-sympathise-with-Charlie-Hebdo-terrorists.html

Glazov on Lindell TV: The Haunting Link Between the Mask and the Burqa