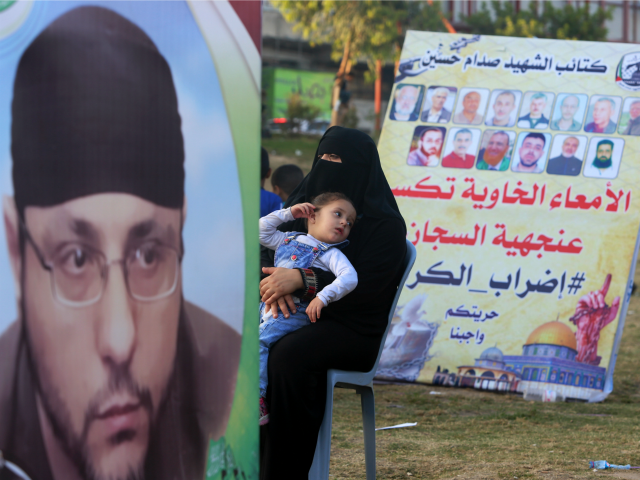 This position runs counter to the views of President Donald Trump’s senior advisor, Jared Kushner, whose team is formulating the U.S. peace plan.

In March, Kushner and Jason Greenblatt, President Trump’s Special Representative for International Negotiations, presided over a conference at the White House in which representatives of twenty countries convened to discuss ways to develop Gaza.

The White House summary of the meeting made clear the priority the administration gives to Gaza’s welfare and economic development.

“The Administration of President Donald J. Trump,” it declared, “believes that deteriorating humanitarian conditions in Gaza require immediate attention. The situation in Gaza must be solved for humanitarian reasons and for ensuring the security of Egypt and Israel. It is also a necessary step towards reaching a comprehensive peace agreement between the Israelis and Palestinians, including Palestinians in both Gaza and the West Bank.”

The administration’s reasons for hoping to impact Gaza are clear enough. Hamas is a Muslim Brotherhood jihad group that is sponsored by Iran. It has destroyed Gaza economically. It has failed to maintain minimal sanitary standards by polluting the ground water. The people of Gaza are suffering.

By offering them humanitarian assistance and economic opportunity and development, the U.S. hopes to drive a wedge between the people of Gaza and Hamas that will hopefully bring down the jihadist regime. Moreover, if Gaza is developed, Hamas might dump Iran as a sponsor.

In January 2006, five months after Israel withdrew its citizens and military forces from Gaza, the Palestinians went to the polls and elected their representatives to serve in the Palestinian Legislative Council. Hamas won the election in a rout in Judea and Samaria and Gaza.

In polling conducted in the aftermath of the elections, the Palestinians said they elected Hamas because they share its values and convictions. The main reason they gave for electing Hamas was support for its pledge to govern in accordance with Sharia law.

Hamas’s popularity rose after the election. It was supported by all factions of Palestinian society, from women to university students to illiterates, from urban dwellers to residents of UN refugee camps. Everyone preferred Hamas to the Palestine Liberation Organization (PLO) and its governing Fatah faction.

The U.S., Europe, and much of the Israeli left ignored popular support for Hamas’s goal of transforming Palestinian society into an Islamic, jihad-supporting society. From 2006 until today, Westerners and Israeli leftists argue — with no proof in public opinion polls — that Hamas was elected exclusively due to popular anger at Fatah’s endemic corruption.

Public support for Hamas has changed little in the intervening 12 years since the election, and since its violent June 2007 seizure of all governing power in Gaza. To the extent that the PLO’s Fatah has surpassed Hamas in some opinion polls, the margin of support has never been large.

Owing to his conviction that Hamas would win any election, Palestinian Authority president Mahmoud Abbas has refused to hold any. He is now in the 13th year of his four-year term.

On Sunday, Israel’s Channel 20 news counted nine separate terror campaigns that Hamas has launched against Israel during its 11 years in power in Gaza. It has squandered hundreds of millions of dollars in international humanitarian assistance to build a massive terror infrastructure. It has built an arsenal of mortars, rockets, and missiles that now have a range to hit nearly all of Israel.

In the 2014 war that Hamas initiated against Israel, more than six million of Israel’s 8 million citizens were in range of Hamas projectiles from Gaza. Hamas has used the concrete that the international community has sent it to build underground attack tunnels rather than apartment buildings.

To defend against Hamas, while minimizing civilian casualties in Gaza, Israel has — with American assistance — spent billions of dollars and devoted its best minds to developing defensive weapons like the Iron Dome system, which enables it to intercept Hamas projectiles. Each Iron Dome battery costs $100 million. Each Iron Dome missile costs $50,000.

The mortars it shoots down cost $500 apiece, at most.

Over the past four months, Hamas has developed an even cheaper weapon: arson balloons and kites. For the cost of a nickel per kite and a penny per balloon, Hamas has burned more than 7,400 acres of farmland and nature preserves.

Setting 11 fires a day on average, Hamas balloons and kites have caused 750 fires in Israel since Hamas embraced environmental terror as a key weapon. Israeli farmers and suffered $2.2 million in losses and four nature reserves have been destroyed.

Hamas’s innovative, cheap, and destructive tactics, and the exorbitantly expensive defensive countermeasures that Israel has developed to minimize Gaza’s losses as well as its own, make clear the first basic flaw in the reasoning of those who insist on reconstructing Gaza.

Hamas does not need much to cause Israel massive damage. And it is entirely capable of innovating and coming up with new tactics with which Israel, as a casualty-averse democracy, is hard-pressed to contend.

The second basic flaw in the idea of developing Gaza is revealed by the Palestinian reaction to Hamas’s aggression. First, no one in Gaza is trying to revolt against Hamas. Its best and brightest aren’t rebelling. They are emigrating – to Islamist Turkey.

Moreover, a poll taken in the last week of June by the Palestinian Center for Policy and Survey Research shows that while the Palestinians in Gaza and Judea and Samaria think Hamas’s current campaign against Israel has failed, they are unified in their support for continued Hamas rule in Gaza.

Indeed, whereas two-thirds support Hamas’s retention of power in Gaza, two-thirds of Palestinians support unseating Abbas in Judea and Samaria immediately, even if it means that Hamas would take over. 53 percent of Gazans support civilian participation in the border war against Israel.

So as bad as the humanitarian situation is in Gaza, the Palestinians do not blame Hamas for their plight. And they like the way the jihadist group runs things.

That brings us to the third problem with the notion that humanitarian aid can change the situation in Gaza for the better.

Hamas’s strategy for governance is fairly straightforward. It depletes and pollutes Gaza’s water supply and fails to pay the electricity bills, bringing about a near total absence of electricity in Gaza. It uses all of Gaza’s resources to build and maintain its terror infrastructure and operations against Israel. And when things become impossible to maintain, it launches a new operation against Israel.

Israel constrains its response to minimize civilian casualties on both sides. For that, Israel is condemned by the UN, CNN, the BBC, and the rest of the international left. Israel agrees to a humanitarian ceasefire and permits Hamas to receive hundreds of millions in humanitarian aid, which Hamas then diverts to rebuilding and expanding its terror infrastructure, leaving just enough to  ensure the population doesn’t starve.

The notion, then, that humanitarian aid to Gaza will change the situation for the better is based on a misperception of basic strategic choices. The powers-that-be in the West, in the U.S., and in Israel itself have presented the Gaza threat as a binary choice: Israel can invade and reconquer Gaza, or Israel can try to contain the Hamas threat while providing for the needs of the people of Gaza.

The prospective price in the lives of Israeli soldiers and civilians in pursuing the first option is so high that no one has seriously suggested it. As for the second option, it has no chance of succeeding. Hamas can attack Israel on the cheap. The people of Gaza support it. And Hamas uses war as a means to pay for more wars.

There is a better option. It is based on a simple insight.

Israel and the U.S. should not worry about what will happen when Hamas is overthrown. Hamas is unlikely to lose power for the foreseeable future.

Simply put, if the U.S. stops supporting humanitarian aid to Hamas and its loyal supporters, Hamas’s economic model of governance will be destroyed. The economic incentive to attack Israel will be defeated.

The argument that Iran will fill in for any lost revenues from the U.S. or others is not convincing. First, Iran gives money, arms and training to Hamas no matter what the aid situation is in Gaza. Second, when Iran’s money starts drying up as a result of the U.S. sanctions beginning next month, over time, Iran will have far fewer resources to devote to Hamas.

Hamas is a terror regime dedicated to the goal of annihilating Israel in the course of a wider jihad for global Islamic domination. And the people it governs support it, and its goals, and its methods of advancing its agenda.

It is time to stop telling ourselves fairytales about how all they want is a better quality of life and start acting on the basic reality that enemies attack you when they think it is in their interest. The way to defeat Hamas is to degrade its ability to attack and stop rewarding its aggression. Let Gaza fail on its own terms.

Caroline Glick is a world-renowned journalist and commentator on the Middle East and U.S. foreign policy, and the author of The Israeli Solution: A One-State Plan for Peace in the Middle East. Read more at www.CarolineGlick.com.