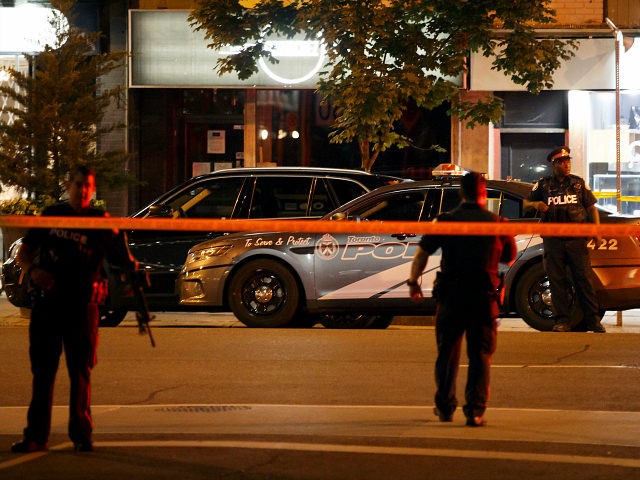 The Sydney Morning Herald reports that the shooting occurred about 10 pm local time. The deceased is a woman, and one of the wounded is a nine-year-old girl.

CBC News reports that Toronto Mayor John Tory said the shooting is “evidence of a gun problem” in the city. He said, “Guns are too readily available to too many people.”

The University of Sydney’s GunPolicy.org lists Canada’s gun control as “restrictive.” Those wishing to purchase a gun must first acquire a license for which they must undergo a background check. That check includes a consideration of “criminal, mental health, addiction and domestic violence records.” It also requires a “third party character reference,” and law enforcement interviews and/or advises the gun license applicant’s “spouse, partner, or next of kin.”