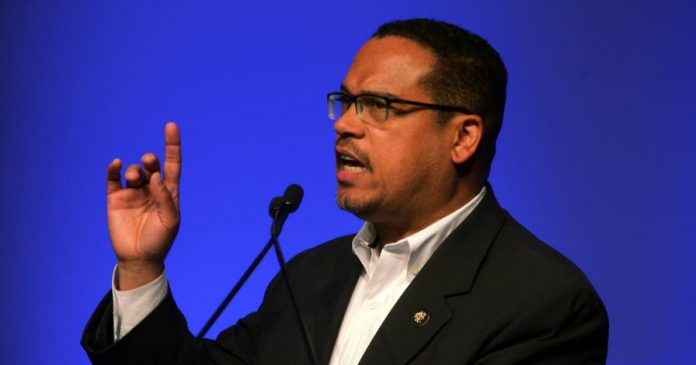 The mainstream press is ignoring a report from Big League Politics contributor Laura Loomer about Rep. Keith Ellison (D-MN), who is running for Minnesota Attorney General without a law license.

“As your next attorney general, I will be a people’s lawyer who will hold those in power accountable when they step on your rights — whether that’s Monsanto telling you how to raise your crops, Navient cheating student loan borrowers out of more money, or the federal government infringing upon health care, a woman’s right to choose, or the human and civil rights of all,” Ellison wrote in The Minneapolis Star Tribune, the state’s main newspaper.

“This is work I have been doing my whole life, from 16 years as a civil rights lawyer to more than a decade legislating on behalf of Minnesota consumers, workers and families,” Ellison continued.

But apparently, Ellison is long removed from his days as a civil rights lawyer, considering that he no longer has an active license to practice law in the state of Minnesota.

Rep. Keith Ellison’s (D-MN), who has served as a Representative for Minnesota’s 5th District since 2007 is currently running to become the Attorney General of Minnesota. He announced that he would be running for Minnesota Attorney General in early June, however, there’s just one problem. Ellison as of date does not have an active attorney’s license, making him ineligible to practice law in the state of Minnesota.

In Minnesota, it is not required that the state Attorney General have an active law license, but one would expect those running to become the leading voice of law within the state, the highest appointed attorney in the state to have an active attorney’s license.

Along with being a six-term lawmaker who represents Minnesota’s 5th District, Ellison is the first Muslim to ever be elected to the U.S. Congress, and has served as the Deputy Chair of the Democratic National Committee since 2017. When he was sworn into office, Ellison refused to be sworn in with a Bible, and instead demanded that a Quran be used as a way to emphasize “religious tolerance”.

Loomer sounded off on Ellison and the Star Tribune last night on Twitter.

“How come the #Minnesota media & MSM are ignoring the fact that the Deputy Chair of the DNC who is running to become the most powerful attorney in the state of Minnesota, has an INACTIVE attorney’s license?” she wrote. “How does that work?”

How come the #Minnesota media & MSM are ignoring the fact that the Deputy Chair of the DNC who is running to become the most powerful attorney in the state of Minnesota, has an INACTIVE attorney’s license?

How does that work?

“[Keith Ellison] told the [Star Tribune] that he’s going to fight for all Minnesotans as ‘the people’s lawyer,’” she said. “How is he going to do that? He has an INACTIVE ATTORNEY’S LICENSE as I exclusively reported at [Big League Politics] yesterday.”

.@keithellison told the @StarTribune that he’s going to fight for all Minnesotans as “the people’s lawyer”.

How is he going to do that? He has an INACTIVE ATTORNEY’S LICENSE as I exclusively reported at @bigleaguepol yesterday.

Ellison’s office told Loomer that they would have a comment for her by the end of the day yesterday, but that deadline has come and gone with no response.

Loomer is known for obtaining comments one way or another. Maybe Ellison will meet her in person one day…