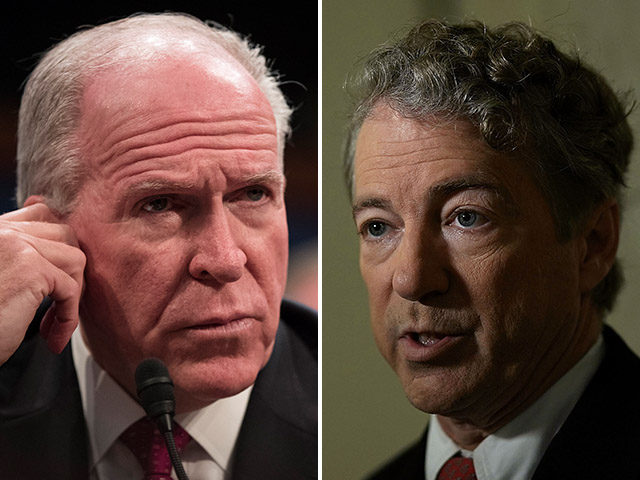 Is John Brennan monetizing his security clearance? Is John Brennan making millions of dollars divulging secrets to the mainstream media with his attacks on @realDonaldTrump ?

“You know John Brennan started out his adulthood by voting for the Communist Party presidential candidate. He is now ending his career by showing himself to be the most biased, bigoted, over-the-top, hyperbolic, sort of unhinged director of the CIA we have ever had,” Paul told Fox News Channel’s Newsroom. “It really is an insult to everything about our government to have a former head of the CIA calling the President treasonous just because he doesn’t like him.

“I filibustered Brennan. I tried to keep Brennan from ever being the leader of the CIA. But realize that Brennan and Clapper are known for wanting to expand the authority of the intelligence agencies to grab up everyone’s information, including Americans. So I don’t have a lot of respect for these people,” the Kentucky lawmaker continued. “Even before they decided to go on hating the President, I disliked these people because they wanted to grab up so much power and use it against the American people.”

Following the Trump-Putin press conference, Brennan hinted Republicans should move to impeach the president and accused him of “treason” — a capital crime. “Donald Trump’s press conference performance in Helsinki rises to & exceeds the threshold of ‘high crimes & misdemeanors,’” Brennan tweeted. “It was nothing short of treasonous. Not only were Trump’s comments imbecilic, he is wholly in the pocket of Putin,” he continued. “Republican Patriots: Where are you???”

Donald Trump’s press conference performance in Helsinki rises to & exceeds the threshold of “high crimes & misdemeanors.” It was nothing short of treasonous. Not only were Trump’s comments imbecilic, he is wholly in the pocket of Putin. Republican Patriots: Where are you???

Hours later, the former CIA Director appeared on MSNBC to call for Trump administration officials to step down. “I cannot understand how the national security team can continue to abide by this and how Pompeo and Bolton and Kelly can continue in their jobs,” Brennan said. “This, I think, rises to the point of good American patriots resigning in objection to that performance by Donald Trump.”