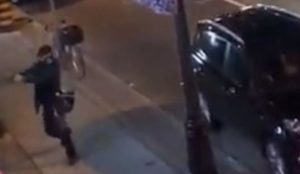 Now will come the claims that the Islamic State (ISIS) claims everything, even the weather, but that is not true. It does not have a record of claiming credit for attacks in which it had no involvement. The one big sticking point is the Las Vegas massacre, but that has never been adequately explained in any case.

Almost three days after two people were shot and killed in Toronto, and after local authorities said their killings had nothing to do with terrorism, ISIS has claimed credit for the attack.

A statement from the group’s Amaq agency, translated from Arabic, reads in part:

The 29-year-old suspect, Faisal Hussain, who killed an 18-year-old and a 10-year-old and injured 13 others, also died on Sunday….