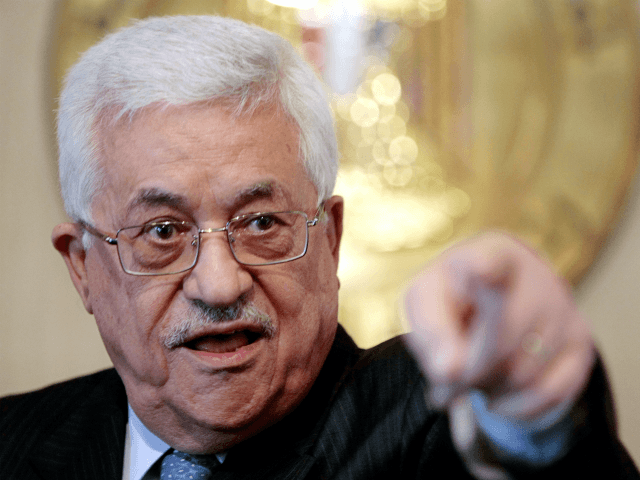 “We will not accept a cut or cancellation of salaries to the families of martyrs and prisoners, as some are trying to bring about,” he told representatives of an advocacy group for Palestinian prisoners.

Around 35,000 families of Palestinians killed, wounded or serving sentences in Israeli prisons receive monthly remunerations of as much as $3,500. In 2018 the PA’s so-called “pay-for-slay” scheme amounted to approximately $330 million, which constitutes seven percent of the Palestinian Authority’s $5 billion budget.

“Even if we have only a penny left, we will give it to the martyrs, the prisoners and their families,” he said Monday.

“We view the prisoners and the martyrs as planets and stars in the skies of the Palestinian struggle, and they have priority in everything.”

He added that the prisoners advocacy movement was “paving the way for the independence of Palestine.”

Earlier this month, the Knesset passed a bill that allows the Israeli government to deduct the payments for terrorists’ salaries from taxes Israel collects on behalf of the Palestinians.

In response, Abbas’ spokesman, Nabil Abu Rudeineh, said the move was a “declaration of war.”

“The Palestinian presidency strongly refuses to accept this severe decision, which damages the foundations of the relations since the Oslo Agreement to this day,” Rudeineh said. “If this decision is implemented, it will prompt important Palestinian decisions to deal with it.”

“This issue is considered a red line which no one can cross. It’s a declaration of war against the Palestinian people, its fighters, its prisoners and its fatalities, who have carried the flag of freedom for Jerusalem and the establishment of the independent Palestinian state,” Rudeineh said.

“The Israeli government must back down from its decisions and stances so that we don’t reach a dangerous, dead-end road.”

Youssef Al-Mahmoud, a spokesman for the Palestinian Authority government in Ramallah, also condemned Israel’s move, saying the money belonged to the Palestinians and Israel had no right to hold it back and was violating signed agreements.

“This money belongs to the Palestinian people and this is legislation to steal the money of the prisoners and the martyrs who are symbols of freedom for us and they must not be harmed,” Mahmoud said.

“You are under great pressure not to put the issue of martyrs and prisoners in your priorities,” he said, “but your determination to consider their cause as your top issue reflects the extent to which the suffering of prisoners weighs upon your mind.”

Immediately after the new Israeli law was passed at the beginning of the month, Abbas said the PA “will not allow anyone to interfere with the money that Israel is against us paying to the families of martyrs and prisoners.”