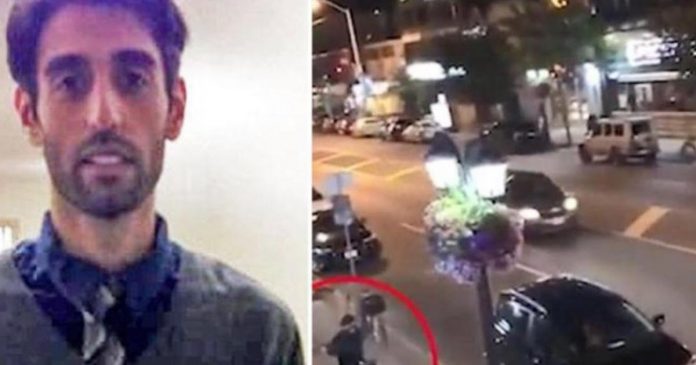 On at least one occasion, twelve days before 29-year-old Faisal Hussain killed two innocent girls and imprinted 14 others with a lifelong appreciation of true Islam, Toronto police braced for an impending terror attack, but instead of issuing credible warnings, chose to leave the public in the dark about the severity of the ongoing threat.

On Wednesday, July 11th the Toronto Police Service received what they classified as “credible information” regarding a “potential vehicle ramming attack” set to occur the next day in the area of the CN Tower, an iconic communications and observation tower located in Downtown Toronto.

According to an official police memo obtained and published by the Toronto Sun, Toronto Police treated the incident as a top-level emergency, and placed an “Enhanced Security Plan” in place, essentially launching a military-style anti-terror operation in the heart of Canada’s most populated city. Further showing both the magnitude of the operation and the severity city officials believed the threat posed, a Major Incident Command Center (MICC) was established to oversea the deployment of “Specialized Support Units”, which included units trained in Chemical, Biological, Radiological, Nuclear and Explosives (CBRNE), and the deployment of an extensive ring of “heavy vehicles” to protect the areas surrounding the tower.

In a copy of the City of Toronto’s official 2013 Emergency Plan, MICC’s are described as a “central point of command, control, and communication” during a major disaster, and assume responsibility, when deployed, for continuity of all policing services throughout the entire city, leaving no doubt of the seriousness of this operation.

The memo also specifically noted that police officers were to operate with a “heightened vigilance” in order to identify suspicious and extremist activity, recommending that officers review the police departments procedures for “counter terrorism” procedures.

“Critical infrastructure, transportation hubs, and areas of large public gatherings remain as targets for lone-actors and/or terrorist/extremist groups, and their sympathizers who wish to stage high-profile attacks,” the memo stated.

To their credit, Toronto Police did make the public aware, through a serious of tweets on July 12th, the day the vehicular jihad was expected, that there would be an “increased number of police officers throughout the city and, specifically, in the downtown core.” But these warnings made no indication that the threat was related to terrorism, leaving the public blind to the real threat posed to the city and its residents.

We are responding to an unconfirmed, uncorroborated piece of information relating to the GTA. As a result of this information, you will see an increased number of police officers throughout the city and, specifically, in the downtown core ^sm

Ultimately no attack transpired, and the Toronto Police made no formal declaration of the threat, but 12 days later a “mentally ill” Muslim jihadist rained metallic judgement down on unsuspecting Christian residents in the predominantly Greek, Danforth district of Toronto.

Was the “credible threat” threat related to the now deceased Danforth shooter Faisal Hussain and his ISIS-inspired aspirations? We may never know, especially since Canadian Prime Minister Justin Trudeau, emboldened by his totalitarian unibrow and fresh Bollywood dance moves, has silenced any real domestic investigation into Muslim terror attacks, through the flexing of his nations draconian anti-Islamophobia laws which classifies any criticism of Islam as a speech crime.

It seems an unintended benefit of this legislation has been the achievement of collective amnesia among what remained of Canada’s alleged legal scholars, who all must have ritualistically burned their copies of Section 83.01 of the Criminal Code, which states that any act carried out for political, ideological or religious reasons is terrorism.

In reality, the Danforth genocide, and the paralyzed, incapability of Toronto’s men in blue to deter this jihad, highlights a deeper problem, that being the thorough Islamification of Canada through the nations multi-decade pursuit of open borders and globalization.

Evidence of this can be found in the words of Canada’s top Muslim Cleric, Iqbal Al-Nadvi, who chairs the Canadian Council of Imams, is President of the Canadian branch of the Islamic Circle of North America (ICNA), and serves as the chief Muslim chaplain for the Canadian army, who loves to publicly proclaim that “Jihad will continue till the Day of Judgment.”

And for those who claim there are peaceful forms of Jihad, Al-Nadvi’s beloved ICNA publicly clarifies on its website, as pointed out by the Gatestone Institute in 2017, that “the objective of Jihad warrants that one must struggle against Kufr (disbelief) and Shirk (polytheism) and the worship of falsehood in all its forms. Jihad has to continue until this objective is achieved.”

Damning words, from a damned people, but alas, pointing these truths out will not revive 10-year old Julianna Kozis and 18-year-old Reese Fallon, who was ironically a volunteer for Justin Trudeau and the Liberal Party of Canada.

The 18 yr old girl who died in the #Toronto terrorist attack was… get this:

A VOLUNTEER FOR @JustinTrudeau!

Trudeau has still not addressed the fact that one of his own volunteers was murdered by a terrorist he chose not to detain for “diversity” pic.twitter.com/wU7JLhgeA5

Does the nation that once dutifully stood with the West to defeat Adolf Hitler have one last fight left inside of them? Retake Canada now, before the next Muslim kills.