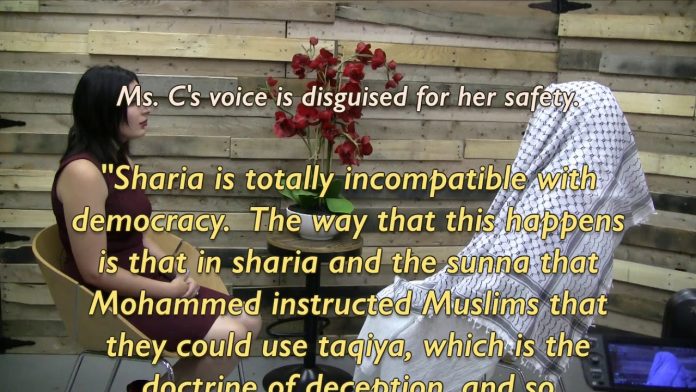 Investigative journalist Laura Loomer traveled to Michigan with The United West to investigate Abdulrahman Mohamed El-Sayed, a Muslim candidate running for Governor in Michigan as a Democrat Socialist.

El-Sayed is a Sharia compliant Muslim, but his political platform and talking points directly contradict Islamic law. Laura interviewed someone who has seen Sharia’s impact and knows the Islamic tenets first hand. Because of that, she has asked to be disguised, including her voice for security reasons. She talks about how Islam promotes lying as a means to reach an end goal when it is required to convince non-muslims to follow a set target. Lying in Islam is called taqiya and every Muslim is required to use it to promote world domination, and it is clearly used in the 2018 campaign race for Michigan’s Governor by Abdulrahman Mohamed El-Sayed. Example of that is Abdul’s platform and the use of the LBGTQ community when Islam has clear mandates for what should happen to that community.