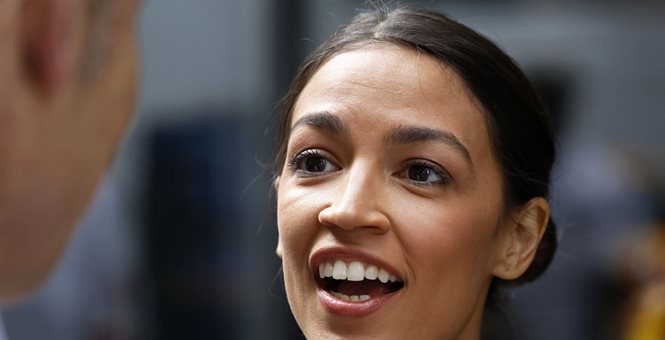 We’ve got about ONE WEEK LEFT until a whole slew of elections come up across the country.

Well, it seems the seeds of a left wing revolution won’t be taking root. All of the candidates she backed for August 7th lost—all of them. It wasn’t just by a little. All of them lost quite handily—some of them by a lot (via American Mirror):

El-Sayed lost his bid for the Democrat nomination for governor to 50.1 percent to 34.6 percent, according to numbers published by the New York Times. [It’s now 30.6 percent for El-Sayed]

Saad came in fourth in the five-way race, capturing only 20.1 percent of the vote. [NYT now says 18 percent]

So, it was more of a red wedding. Well, we’ll see how her final pick, Kaniela Ing, who is running in Hawaii’s first congressional district, does on August 11. Still, let’s say he wins; she’s one for four. That’s still the record of a total loser.

Ocasio-Cortez became a household name among left wingers for booting Rep. Jim Crowley in an upset primary win that mirrored the GOP’s ouster of then-House Majority Leader Eric Cantor in 2014 by conservative insurgent Dave Brat. She’s anti-Immigration and Customs Enforcement, pro-Medicare-for-All, housing for all, etc. all of the left wing goodies you can think of; Ocasio-Cortez is for it and with it absolute economic catastrophe. She’s proven to be clueless on the Israeli-Palestinian conflict and seems to know next to nothing about the budget. She said that the military had undergone a $700 billion increase. No, not true. So, at least her left wing seeds of revolution got drowned out. The last thing we need on the Hill are more of these clowns. I say that in general. Politically, Democrats–these are your crazed spawn. We’re just here to watch the show, and see winnable races get torpedoed because these comrades are totally out of step with normal Americans.
Bonus:

Socialist Alexandria Ocasio-Cortez: “We are the party of King, of Roosevelt, of the ones who went to the moon!”

#1. Going to the moon was not a Republican vs. Democrat thing.
#2. It happened under President Nixon, a Republican. pic.twitter.com/jmbv40ZTb5

UPDATE: Okay. We’ll include James Thompson in KS-04 and Rashida Tlaib MI-13 as part of the crew, even though Ocasio-Cortez never tweeted support for the latter until after she won. She did stump for Thompson, so we’ll chalk these non-explicit endorsements as full-fledged ones. She’s two-for-five. Still pretty crappy.