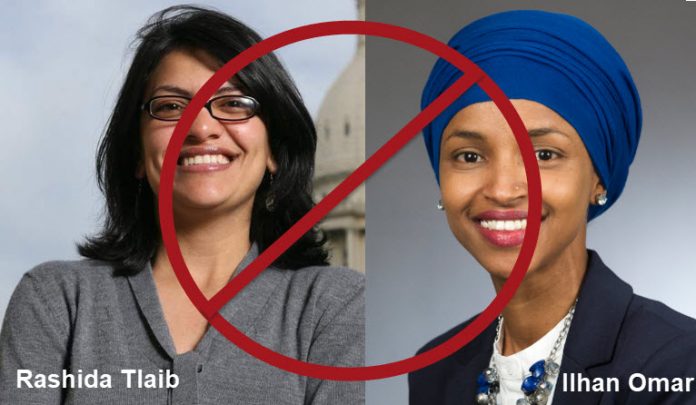 @RashidaTlaib, a Palestinian Muslim candidate for Congress in Michigan clearly assaulted me, a Jewish journalist, on camera when I asked her to condemn HAMAS & recognize it as a terrorist org like the US Government does.

Imagine how she will treat her Jewish constituents. https://t.co/oqWYPCOZJ7

Thank you! I appreciate it!

When someone doesn’t answer your question at a public campaign event, it means they are guilty.

Ilhan Omar is guilty of supporting FGM. She is guilty of marrying her brother so he could get a green card. She was not happy when I asked my questions. https://t.co/DPl232IIye

Last night at a campaign event for Ilhan in #Minnesota, they said “we fight back”.

They’re both campaigning w/ Linda Sarsour called who for Jihad against @realDonaldTrump https://t.co/oqWYPCOZJ7

Assault is a crime as stated by MN state law:

Minnesota Criminal StatuesASSUALT 609.02Subd. 10.Assault.“Assault” is:(1) an act done with intent to cause fear in another of immediate bodily harm or death; or(2) the intentional infliction of or attempt to inflict bodily harm upon another.*Assault does NOT require physical contact.

OBVIOUSLY, THESE TWO DEMOCRAT CANDIDATES HAVE NO UNDERSTANDING OF U.S. OR STATE LAW!

Also, look at Keith Ellison and what is being reported by Laura:

That is why he allegedly beat the woman who is accusing him. He literally has no respect for women.

He has an explosive temper and easily gets verbally aggressive with those who challenge him.

I’m not surprised he’s been accused of battery. https://t.co/db1HmkGcJM