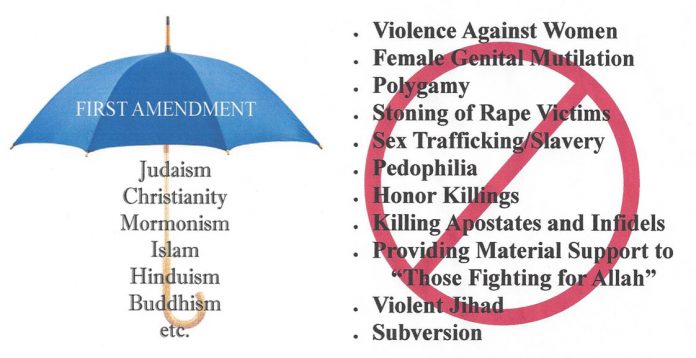 WHERE:   Your computer, Register here:  https://tinyurl.com/yau5tzon

The Muslim Brotherhood has deceptively convinced the federal government that the First Amendment protects all aspects of Sharia [Islamic Law]. This action has concealed the very real threat of Sharia-sanctioned behavior that is criminal and has led to the inability of the American justice system to properly investigate, indict, prosecute and convict perpetrators motivated by their adherence to Sharia.

Training is provided by a retired Police Chief who also served for 16 yrs as a Sr. Officer in a County Sheriffs Office, and 23 years in the Army’s Military Police, retiring at the rank of Lieutenant Colonel in 1991. After retirement, he became an Adjunct Instructor for a Law Enforcement Academy and began speaking to churches and civic groups, educating on the threats of Sharia crimes in communities.  He also offers classes as an Adjunct Instructor under Center for Security Policy and the Clarion Intelligence Network.

The Sharia principle that “women are property” spawns a set of behaviors that are in fact violations of federal and state law. The stated supremacy of Sharia over the U.S Constitution spawns the federal crimes of sedition and jihad.

The information presented in this particular webinar is intended to inspire peace officers, social workers, and judicial officials to enroll in a 16-week webinar series that will address Sharia  crimes in more detail as well as the ideological basis for them. This is the type of training that   the Muslim Brotherhood has effectively eradicated. 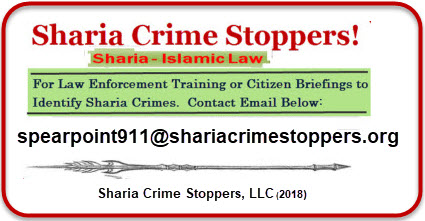