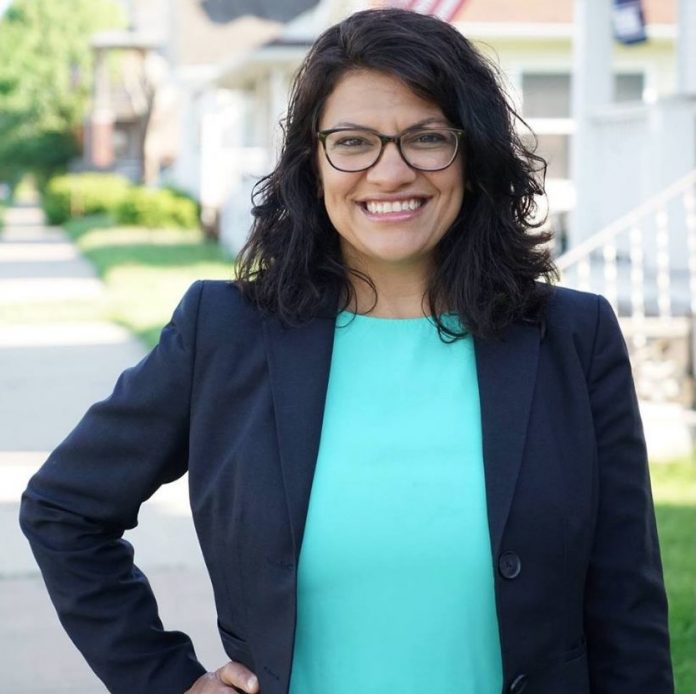 A Palestinian congressional candidate is being celebrated as the presumptive first Muslim woman to be elected to Congress. She also has a lengthy list of anti-Israel comments, as first reported by Algemeiner and The Daily Wire.

Rashida Tlaib, whose parents are from the West Bank, served three terms in the Michigan House of Representatives before winning the Democratic primary on August 7 for the seat vacated by former Rep. John Conyers (D-MI). No Republicans are challenging Tlaib for the seat, meaning Tlaib will be Conyers’ successor.

· Linking to an article on Twitter with the headline “How Israel Is Inciting Palestinian Violence” and writing, “This article is on point. I have witnessed it myself.”

· Tweeting support for Rasmea Odeh, who faces a life sentence in Israeli for murdering two American students in a 1969 supermarket bombing in Jerusalem.

· Tweeting that Sen. Kamala Harris (D-CA) meeting with Israeli Prime Minister Benjamin Netanyahu meant that Harris is no longer “part of the resistance to racism against ALL people.”

· Telling The New York Times that her Palestinian roots give her “strength” and that she “will fight back against racist and oppressive structure that needs to be dismantled” as she adorned a Palestinian flag.

Additionally, a key donor of Tlaib’s, Maher Abdelqader, once called for former President Obama to support the Boycott, Divestment and Sanctions (BDS) movement and celebrated a former Syrian Catholic bishop who funneled weapons to the Palestinian Liberation Organization (PLO) as a “freedom fighter,” according to the Algemeiner.

In addition to her anti-Israel statements, Tlaib is an avowed socialist and has been endorsed by J Street.