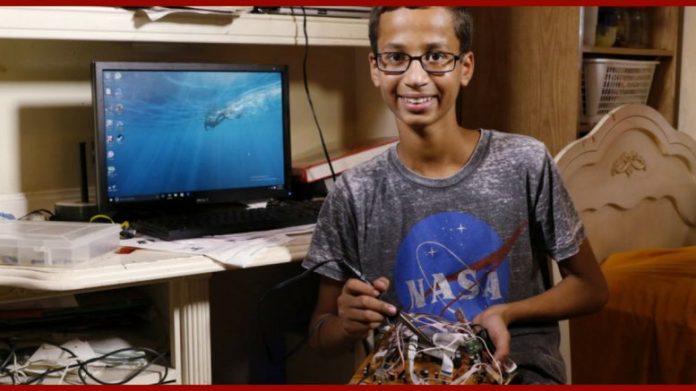 A few years back now, we all remember a middle schooler, Ahmed Mohamed, who took a “clock” to school and ended up arrested for bringing a fake bomb in the building.

Well, following a press conference given by the Mohamed family, and in conjunction with the Council on American-Islamic Relations (CAIR) and a broadcast media blitz, Ben Shapiro, conservative commentator, and professional opinion mouthpiece, appeared on The Kelly Files and expressed his opinion that the fake clock thing was a stunt Mohamed’s father used as a way to further his own agenda.

Mr. Mohamed took offense to this and sued Shapiro.

In 2016, Ahmed Mohamed’s father filed suit against Shapiro, asserting claims for defamation and defamation per se. Shapiro filed a motion to dismiss the claims pursuant to chapter 27 of the Texas Civil Practice and Remedies Code by alleging that his statements were non-actionable opinions, Ahmed Mohamed was required to prove actual malice because he was an all-purpose public figure or limited purpose public figure, the plaintiff could not establish actual malice or show that Shapiro’s statements were false, and Shapiro’s statements were protected as “fair comments” and under the qualified privilege.

Long story short, on Wednesday, the Court of Appeals in Texas sided with Mr. Shapiro. No malice was proved, therefore the case was tossed out the window. Oh, and by the way, Mr. Mohamed, pay up as Shapiro’s court costs and legal fees are now yours to pay.

[Judge] Evans wrote, “After a review of the evidence in its entirety, we conclude that Mohamed has not demonstrated a prima facie showing of actual malice. As stated above, to establish actual malice, a plaintiff must prove that the defendant made the statement with knowledge that it was false or with reckless disregard of whether it was true or not.”

Evans concluded, “On the record of this case, we affirm the trial court’s granting of the motions to dismiss and denial of the motion for reconsideration. “

The court ruled that all costs Shapiro incurred had to be covered by Mohamed.

The American system at work. Gotta love it.