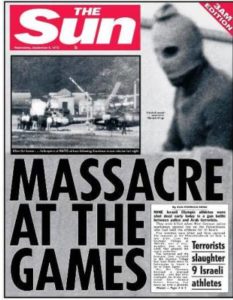 Ammar Campa-Najjar, 29, who is challenging Republican Rep. Duncan Hunter in California’s 50th Congressional District is a grandson of terrorist Muhammad Yusuf al-Najjar. His grandfather was part of the infamous ‘Black September’ PLO squadron that killed 11 Israeli athletes at the Munich Olympics in 1972.

The candidate’s grandfather was the head of Fatah’s intelligence wing, from which Black September came out. After the Munich massacre, Israel launched a command incursion in 1973 in Beirut, Lebanon, where the terrorist and his wife were killed. The orphaned son Yasser al-Najjar moved to Egypt and then emigrated to the eastern San Diego County where he met his wife, Abigail.

There is no reported explanation for why the couple wanted to live in the United States and how they got in. Yasser al-Najjar with his wife and his son Ammar aged 9, later moved from California to Gaza for 3 years before returning to San Diego just before the September 11th attacks.

His campaign has been taking heavy blows ever since an Israeli newspaper broke the story back in February., ”Muhammed Yusuf al-Najjar, was one of the leaders of the massacre at the 1972 Munich Olympics, which left 11 athletes and coaches dead. The Israeli commandos killed his grandfather in 1973. In reality, the Black September terrorists did more than just kill the Israelis”.

”They mutilated athlete Yosef Romano, cutting off his genitals in the presence of nine other captives. The terrorists then savagely beat the Israelis before killing them, but the German police kept this information secret until 1992” the article detailed.

When the story emerged, Ammar Campa-Najjar said in a statement: ” For the victims, I hope that this tragedy will not be politicized. But if these old wounds must be reopened, then I ask God to give a purpose to the tragedy, by seeing to that peace is prioritized by my generation of Palestinians, Israelis and all of humanity”.

EDITORS NOTE: This column originally appeared in The Geller Report. The featured image of Ammar Campa-Najjar is by Courtesy Photo.