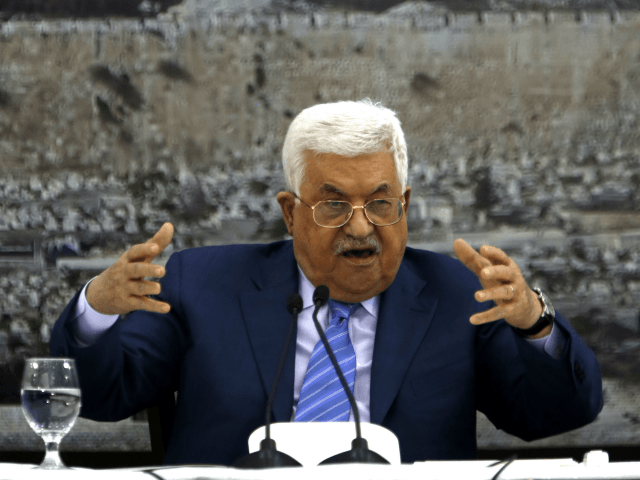 JERUSALEM – Israel has invented a state-of-the-art method of injuring Palestinians that is undetectable by cameras, according to the latest conspiracy theory touted by an official of Palestinian Authority President Mahmoud Abbas’ ruling Fatah faction.

Israel has gained international renown as the Startup Nation, with trailblazing innovations in science, technology and agriculture. But the latest alleged invention in the field of defense is supposedly unparalleled.

In extremely vague terms, Fatah Salfit branch secretary Abd Al-Sattar Awwad wildly claimed that Israeli soldiers manage to cause bodily harm to Palestinian victims in a way that cannot be picked up by surveillance cameras.

The human eye, he said, can pick up “the blue and red marks,” which is the only way to know of its use, he explained cryptically.

“When an Israeli soldier directly grabs a civilian in this way, his body immediately receives blue or red marks,” Awwad said on a program on official PA TV.

“They have a policy that they can injure in a certain way. They injure a person in this way despite the cameras. The cameras can’t reveal this policy that they implement,” he stated, according to a translation by Israeli NGO Palestinian Media Watch.

“I’ve seen their bodies [injured] in this way — blue and red marks — by the occupation forces, which the cameras are incapable of revealing,” he concluded.  He failed to explain why cameras cannot photograph blue and red marks.

WATCH: BLM Activist Asks When People ‘Ready to Get Blood on Their Hands?’

Michigan Imam Mustapha Elturk: Most Jews Disobey Allah; Some Jews And Christians Do Our Work For Us; ‘The Muslims Will Eventually Take Jerusalem Back’