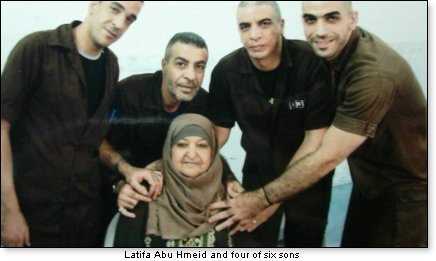 Latifa Abu Hmeid is a Palestinian mother of six sons who have brought her much acclaim and wealth. Four are serving life sentences for multiple murders, a fifth was martyred while dodging arrest for the murder of an Israeli, and a sixth is on trial for the confessed murder of Israeli staff sergeant Ronen Lubarsky. Their mother has earned the title of “role model,” by the Palestinian Authority, and an increase to the reward that already exceeds $1 million.

While mothers in western civilization take pride in having their children succeed in their career choice, marry and give them grandchildren to tend and lovingly spoil, Palestinian parents are the result of an honor-shame culture that has perpetuated itself through the centuries to produce these human “weapons of mass destruction.” Any potential for humanity remains undeveloped. In such a culture, the children are raised and controlled through submission, often covert and unintentional, but they are “objectified,” disconnected from all human emotion and relate to others as objects. This is a multi-faceted term defined by some or all of the following:

(3) Fungibility, treating person as interchangeable with objects, such as weapons;

(4) Violability, treating person as violable, to be broken, desecrated;

(6) Denial of subjectivity, child is trivialized for purpose without concern for experiences and feelings.

The majority of young girls are severely devalued, as evidenced by the macabre act of female genital mutilation – yes, mutilation, not merely a “cut,” as jihada Linda Sarsour would have us believe. Usually deprived of an education and, hence, the ability to develop independence, the daughter is shamed by soon having to be completely covered, becoming as invisible and immaterial as her mother, and often married as one of four youngsters to an older man, not of her choosing – legalized rape by an adult. Polygamy (polygyny) is integral to a warrior culture that anticipates a male population reduced by perpetual battle. It also allows for no emotional investment in one stable relationship. It is also reasonable to assume that the subconscious animosity for his mother and all maternal figures (to be explained) is why the male cannot express normal tenderness and protectiveness but, instead, develops a dominating sexual interest toward underage children, either gender, a psychiatric disorder.

For the devout Muslim, western dating, courtship, romance and love are not options, and marriage often becomes a series of rapes alternating with childbirth. In his childhood, the Muslim male has often been affected by what his mother endured at the hands of a tyrannical father who was also dealing with the rage of his own childhood. The result of his being subjected to shame, ridicule, ostracism, and bullying is that the son develops his own rage at his parents’ terrors and, like the daughter, is compelled to repress his feelings. What is happening to these children, as so well defined by counterterrorist expert Dr. Nancy Hartevelt Kobrin, in The Maternal Drama of the Chechen Jihadi, is a personality best described as a “volcanic iceberg.” This dangerously fractured psychology is outwardly cold, unresponsive and devoid of empathy, but inwardly boiling with resentment and rage.

The Muslim child must also contend with other traumas, those that take place beyond his immediate family, such as learning to handle weapons and behead dolls and small animals in classes, and losing friends and acquaintances to violence and death for their political cause. As he grows older, he is taken to witness the torture and killing of large animals en route to their slaughter for the holiday of Eid Al-Adha, to hear the sounds of bleating and death, to be splattered with blood and see the streets run red through the village. Children, who generally love animals, are traumatized as they inure to sights of cruelty and carnage, and develop an obsession with weaponry, destruction and horror at every turn.

His personality quiets and self-protects with a lack of empathy (the iceberg), but it may suddenly erupt at the slightest provocation (the volcano), not unlike the psychopathic nice-neighbor-turned-serial killer.

The male child who was objectified, in turn, now treats others as objects. The Islamic culture offers no other outlet – sports, parties, music or art – for his energy and self-expression. There is no dating and courtship stage with the devalued opposite sex in the severely structured Islamic world; no development of tenderness, care and respect. Their high degree of illiteracy, which excludes the rest of the world, and the five-times-daily prayers, which keep them focused, offer the only outlet – envy and hate – of females, Jews, Christians, and the West. The elders encourage, teach, and demand revenge and bloodshed to “cleanse” their honor and relieve their shame; the flawed familial relationships and antisocial behaviors are the springboard for jihadi violence (revenge killing) not only against non-Muslims but frequently against their own women, children and infants. He unconsciously rages against his fusion with his mother, a self-hatred because he cannot extricate himself from that bond. The Islamic Chechen children’s pledge makes it clear: “We shall write our words in our blood when we are martyred.”

Jihad, the political movement, appears 42 times in the Koran and advocates the spread of Islam. It may be accomplished by hijra (migration and increasing the Muslim population); by the sword and terrorist attacks until the enemy submits; and by forced conversion and surrender. Kobrin notes that 95 percent of the world’s terrorist attacks have been perpetrated by Islamic terrorists since 1970.

Our role-model mother has been abused psychologically, physically and sexually; under constant threat, she is used to maintain obedience. The male is charged with guarding the sexuality of the female, the family honor, and the father relinquishes his role to the first-born son. Should the sister dishonor the family, it is the son who is tasked with taking her life. This is culturally sanctioned domestic violence, revenge or reactive killing, not unlike terrorists who counterattack in reaction to a sociopolitical ideological insult. This is what contributes to the shahid/martyrdom syndrome in Islam. Kobrin says that every ninety minutes an honor killing occurs throughout the world, predominately in Arab Muslim countries – and more than a thousand per year in Pakistan. The jihad attacks with rockets and human bombs, the fires, stabbings, kidnappings and rapes, continue unabated throughout the millennia.

In their reverse world, where good is evil and evil is good, death is celebrated.

Jihadi camp for kids https://www.express.co.uk/news/world/620051/Islamic-State-jihadi-camp-children-school (there are several on the internet) 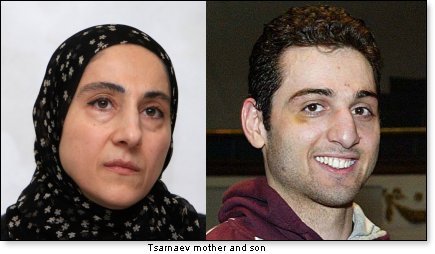