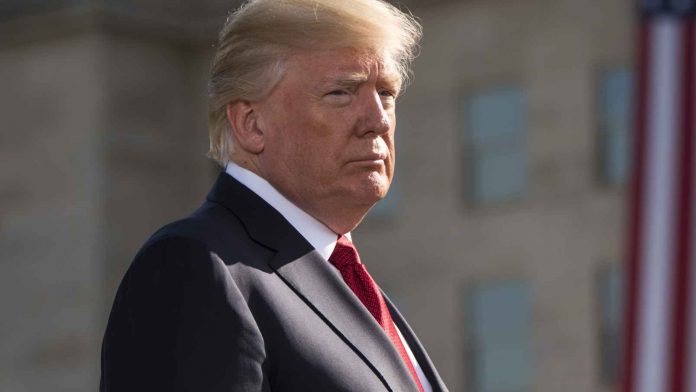 One day in the early stages of the AIDS crisis – so early, in fact, that I don’t think the disease had yet acquired that name – I fell into conversation with a young man at a gay bar in L.A. It turned out that he, like me, was from New York. But whereas I was in L.A. on a trip, he had recently pulled up stakes and moved there. Why? Because, he told me, his friends back east were beginning to get sick and die, and it was having an impact on the “scene.”

I pointed out that the gay population of San Francisco was also hard hit, and that even if the situation was not yet quite as dire in L.A., it would surely catch up soon enough. He admitted as much, but estimated that in L.A. he had another six months during which he could keep leading the freewheeling life he’d enjoyed in the Big Apple. His attitude, in short, hovered somewhere in the dark, uncharted territory between denial and fatalism.

On September 11, 2001, New York – along with Washington, D.C. – was struck by mass death in another form. It shook the world. Mainstream European commentators attributed the terrorist attacks to legitimate Muslim grievances against America, and breezily dismissed suggestions that Europe might soon be struck as well. Sweeping aside Osama bin Laden’s claims, President Bush asserted that the attacks had nothing to do with Islam, which he called a “religion of peace.” He then sent armed forces to “liberate” Afghanistan and Iraq, on the premise that the people of those countries, if allowed to vote in democratic elections, would choose a democratic path.

It all turned out to be spectacularly wrong. The European savants were shown up by the horrific attacks on Madrid, Beslan, London, and elsewhere. Their perpetrators put the lie to the “religion of peace” rhetoric, repeatedly announcing that they were committing jihad, a core Islamic concept. Some people in the West understood. But the West’s cultural elite turned away. And Western leaders, while sending young men to fight abroad, left the gates wide open at home.

In Western Europe, this recklessness had an impact well beyond terrorism. Sharia enclaves. Violent crime. A financial burden that has forced welfare states to cut back on education, health care, elder care. While other immigrant groups integrated into European host cultures, Muslims demanded – with increasing success – that those cultures adapt to Islam.

In recent years, German New Year’s Eve celebrations have become rapefests and once-swanky French boulevards have been taken over by migrant tent cities. In Britain, defenders of jihad get embraced by London mayors or knighted by the Queen, while critics of Islam get thrown into prison or turned away at the border. Yet politicians and the media on both sides of the Atlantic keep insisting that Islam “enriches” Western society, and schoolchildren continue to be taught that “diversity is our strength.”

9/11 was the most dramatic of warning shots; every new terrorist is only a reminder: we’re under siege. Yet countless Westerners still turn away. Like the man I met in that L.A. bar all those years ago, they’re reacting to a manifest existential threat with something between denial and fatalism.

This isn’t my first 9/11 anniversary piece. In 2006, I lamented that the spirit of 9/11 had been “steamrollered by an establishment that…routinely turns the truth on its head, representing aggressors as victims and self-defense as inflammatory.” In 2011, I recalled “the shock, the rage, the unashamed patriotism and moral clarity” of September 11, 2001, “all of it as yet unclouded by the poisonous cynicism, moral relativism, and multicultural shilly-shallying that would lead to so much national division and self-doubt in the years to come.”

In 2013, I raged that 9/11 had been “succeeded by twelve years of moral chaos. Twelve years of duplicity, flim-flam, double-dealing, humbug. Twelve years of timorousness, incompetence, impotence.” And why? Because we’d been lied to about our enemies. Bush had “massaged the Muslim world with insipid rhetoric about our shared heritage as ‘people of faith’”; Obama had “spun outrageous fantasies about Islam, transforming, in his famous 2009 Cairo speech, fourteen centuries of primitive brutality into a glittering parade of moral, cultural, intellectual, and spiritual triumphs.” 9/11, I wrote,

was a day of heroes and of villains, of stark contrasts between good and evil. Yet how quickly the politicians, journalists, and others in positions of power managed to make a muddle of it all. Instead of witnessing a democratization of the Middle East, we experienced a steady Islamization of the West. Instead of seeing freedom bloom in the Islamic world, we saw a rise in Western censorship and self-censorship on the subject of Islam….It’s impossible not to compare the leaders we have had during these years to Churchill – and impossible not to dream of what might have been.

Well, at least that’s changed. Not as much as one might hope, but certainly more than one might have expected after all those years of Bush and Obama. Finally, in Donald Trump, America has a president, and the Free World has a top dog, who gets it.

Yes, Trump could go further, in both words and actions, on Islam. But he’s already gone light years beyond his predecessors. He’s certainly gone far enough to outrage bien pensant types everywhere. And he’s gone far enough so that Americans who get it know beyond question that he gets it – and that he’s on their side. And they’re behind him.

As his rock-star reception in Warsaw last year reflected, most Eastern Europeans – who, unlike the editorial board of the New York Times, recognize a champion of freedom and a totalitarian ideology when they see them – are behind him, too, and are giving the finger to EU leaders who demand that they let in a Trojan horse. Meanwhile, in Western Europe, where the haut monde hates Trump as much as do their stateside counterparts, millions – including those in Germany, France, and elsewhere who are finally rising up in boisterous public protests against their own despised leaders (but, except in Italy, still not casting enough votes for alternative parties to effect meaningful change) – see Trump as a long-awaited truth-teller, a sign of hope, a hero.

His enemies call him a fascist. On the contrary, he’s the first U.S. president since 9/11 who genuinely seems to grasp that Islam is fascism. He’s as far from denial and fatalism as it’s possible to be. He talks sense, he talks tough, and he takes action that’s in America’s interests. He’s crushed ISIS, shown Islamic heads of state who’s boss, and (against the resistance of both major-party establishments and the legislative and judicial branches of the U.S. government) done his best to pull in the welcome mat. While, at this point, most of his counterparts in Western Europe seem to be all about repeating empty multiculturalist slogans and managing a transition to the unimaginable, Trump is manning the barricades.

Yes, the jury’s still out. But big things are happening. Islam is pushing Western Europe to the brink of either ruin or revolt. And seventeen years after 9/11, we have reason to hope that America is at last headed in the right direction.