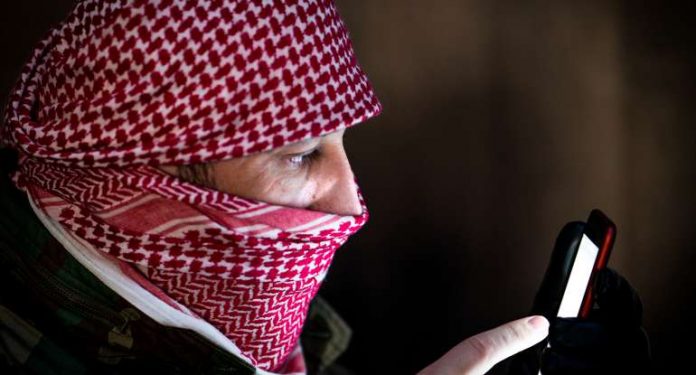 Researchers, journalists and anyone honestly seeking to understand modern Islamic terrorism need look no further than the now-vast trove of American court prosecution records. The Department of Justice has prosecuted 157 U.S. homegrown terrorism cases in 30 states just since 2013, and 220 since 9/11.

Say what you will about the politicized upper echelons of the FBI. But the front-line special agents in FBI joint terrorism task forces are doing what we pay them to do in terms of cuffing jihadists. They deserve respect and thanks.

Collectively, the court records reveal the true motives, ideology, tactics, and methods of the terrorists. Unfiltered by the few media accounts of such cases, the unadulterated court records show terrorists saying exactly why they did it in transcribed testimonies from interrogations, sentencing hearings, and wiretapped conversations.

The media’s artful academic theories about what motivates jihadists simply do not survive the weight of this sworn motherlode of evidence.

The U.S. Northern District of Texas case against the Jordan-born Texas resident Said Azzam Mohamad Rahim is one such illuminating case. Rahim is set to go on trial December 3, 2018, on six counts of lying to the FBI and one count of providing material support to ISIS. He is a U.S. citizen who owns a convenience store. The investigation centered around Rahim’s life as a moderator in the Austin social media application Zello. There, on a mobile phone channel, he would broadcast incitement to mobilize killers and other kinds of direct support for ISIS.

We’ve known for a number of years that Islamic terrorists use these encrypted online safe spaces to hide their fellowship, incitements to kill, and plotting. But the Rahim case is unique in that it fully reveals the grotesque degree of venality of those who participate.

FBI Special Agent Dwayne Golomb’s sworn affidavit provides some contextual background laying out how ISIS came to develop a well-oiled online machine to incite violence globally among connected, interested American sympathizers like Rahim. The agent wrote that the FBI became aware of an unnamed social media application used by jihadists to promote attacks and then executed search warrants on the application. The warrants enabled the FBI to gain exceptionally rare access to conversations within a community whose members believed they were shielded from infidel interlopers, an ultimate safe space for such dangerous talk.

In January 2017, observing agents found Rahim inside an app chat room, and what they witnessed clearly set them on edge. Rahim was urging other like-minded souls in the chatroom “to solicit violence, support ISIS and encourage others to join the terrorist group in Syria.” For an entire year, up until the day they thought Rahim was to fly out to join ISIS in January 2017, they were privy to Rahim’s alleged exhortations to death and violence for Allah.

For example, on August 17, 2017, Rahim spoke on the application and credited it with facilitating communication between ISIS supporters. Among other things, he stated that there were plenty of “brothers” in the channel “where they could talk by voice and then meet in the land of jihad.” Rahim stated that God would bring them into the land of jihad. He boasted that his words could incite others to mobilize:

Yes, how many brothers were here, talked to each other by voice, and then met in the land of Jihad….You meet brothers from many, many countries….We beseech Almighty God to send us to the land of jihad. The other issue, honorable brothers, is do not, I mean, underestimate these programs on which we are talking right now. Do not take them for granted at all.

Er, how many persons mobilized because of similar social media applications, or I swear, if you use these sites for what pleases God, they will be extremely useful. How much more useful would they be when those who use them do so for jihad, and for inciting for jihad for the cause of God! Yes, honorable brothers, many mobilized as a result of one word on this channel….I mean a chant which revived the ferver, and the Mujahadin mobilized.

On August 28, 2017, Rahim and four other members of the app channel were having a conversation. User 1 interrupted a second user, saying:

At this point, Rahim jumped in with the following rant:

Ok, kill and do not consult anyone or seek the opinion of others; kill. Kill them and do not show them mercy or compassion for neither the civilian clothes protect them nor the military uniform sanctions the shedding of their blood, they are all the same in their unbelief. Kill them I mean.. don’t even consult with anyone. Go and kill.

If you have the ability to go and kill, poison them, throw a rock, push down a building, do whatever you do; the important thing is that you kill. Kill with intention of waging jihad for the sake of Allah, and the intention that your banner is clear, the banner of “there is no god but Allah and Muhammad is the Messenger of Allah”…kill them I mean with the with the intention of jihad, with the intention of you being a mujahid for the sake of God maybe this act, I mean, forgiveness your past and future transgressions. Rely on God; kill if you have a chance, to hell with those Englishmen….The killer of an infidel will not go to hell. It is well known that shedding the blood of the infidel is lawful; shedding the blood of the infidel is lawful.

But, if they say to you in this case that he was a safeguarded ally, then where is the Islamic State that this infidel lives in to be considered an ally and a free non-Muslim under Muslim rule? Does he pay Jizyah (tax)? Does he, does he, does he? No! So, kill, kill…if you ask the scholars of the tyrants they will tell you not to kill him. kill him, rely on Allah and kill them. Think of a way to kill the biggest number possible of those, may Allah’s curse fall on them.

From December 16, 2016, until January 2017, Rahim had lots more advice for the “brothers” in the chatroom. To some in Turkey, he urged that they pledge allegiance to the Islamic State and attack the Turkish government, its offices, its police, its citizens, tourist locations, ports, nightclubs, and anything that is Turkish. The FBI agent noted that two weeks later, someone did attack a nightclub in Istanbul that killed 39 people, and ISIS claimed responsibility. Rahim spoke up on the application, referring to the nightclub bombing. He praised the mission and said the way ISIS celebrates is “by exploding their pure bodies (of the suicide bombers) in your (the victims’) filthy pernicious bodies.”

The FBI pulled the trigger on Rahim not long after, at Dallas/Fort Worth International Airport as he prepared to board a flight to Jordan — a country that is well-known as a transit point for foreign ISIS fighters. The agents were clearly concerned that Rahim was about to travel to join ISIS. They pulled him into a room at the airport for an interview. They told Rahim they were FBI agents investigating terrorism crimes and warned him that it would be a crime if he lied to them. In the interview, the agents asked Rahim about his many conversations with ISIS supporters, ISIS terrorist attacks, and individuals who appeared to be in or have traveled to Syria to ISIS-controlled areas.

They asked Rahim if he knew anyone who had ever promoted an act of terrorism. Rahim responded: “No.”

And with that, Rahim was arrested. Rahim’s Dallas attorney, James Whalen, in an interview with KXAS-TV (NBC5), didn’t offer up a substantive defense. He said allegations such as those made against Rahim “can cause people to jump to conclusions.” He then added: “It is critical to remember that, as a citizen of this country, Mr. Rahim enjoys many constitutional rights, one of which being the presumption of absolute innocence.”