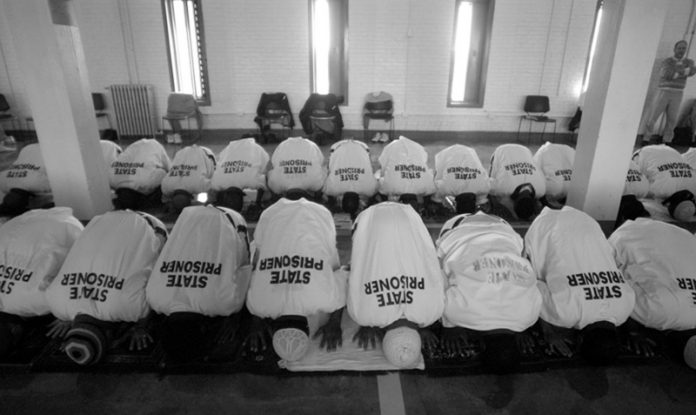 “I am ready to die for the Caliphate, prison is nothing.”

This was the declaration of Ali Saleh, a 25-year-old man from New York City who was arrested in 2015 by members of the FBI and the New York Police Department for providing material support to a terrorist organization. Saleh had attempted on several occasions to travel to Syria, join ISIS, and become a mujahid. He pleaded guilty to the charges in July. His words were not the idle braggadocio of a wayward youth. Less than two weeks before his guilty plea, Saleh plunged a shankinto a correction officer at the Brooklyn Metropolitan Detention Center, reportedly smiling as he did, telling the wounded officer, “I hope you die.”

The guard survived. Saleh was indicted Aug. 28 and charged with assaulting a federal officer and possessing contraband – the shank – in prison.

This is not the first time a terrorist has tried to kill while in jail.

During a Nov. 1, 2000 escape attempt, al-Qaida terrorist Mamdouh Mahmud Salim and his co-defendant Khalfan Khamis Mohamed lured Correction Officer Louis Pepe into their cell and then stabbed him in his eye with a jailhouse knife. After stabbing him they poured a boiling liquid substance into the eye socket. The blade penetrated Pepe’s brain, leaving him permanently disabled.

Salim and Mohamed were prisoners in the Metropolitan Correctional Center in New York City awaiting sentencing for their roles in al-Qaida’s 1998 bombing of the U.S. Embassy in Tanzania, killing 11 people.

In May 2013, Muslim extremists at the HMP Full Sutton prison in Yorkshire took a warden hostage and threatened to decapitate him to show their support for the terrorists who had savagely attacked and killed British soldier Lee Rigby on the streetsof Woolwich in London.

The incarcerated terrorists also demanded the release of radical Islamic cleric Abu Qatada, who was being held by UK authorities for his ties to terrorist organizations.

Assaulting staff and attempting to escape is not the only threat posed by terrorists in prison. In 2017, Ahmad Khan Rahimi, also known as the “Chelsea Bomber,” distributed plans for making an Improvised Explosive Device (IED) to inmates attending services in the prison mosque.

Ali Saleh already faced 35 years in prison before he attacked the guard. If convicted in that attack, his sentence could increase by 20 years, making him 80 years old when he becomes eligible for release.

Islamic terrorists simply do not fear the U.S. prison system.

This attitude can be attributed to several factors. One is that Islamic terrorist leaders such as Ayman al-Zawahri have publicly announced their support for their imprisoned members in communiques and in online outlets like al-Qaida’s Inspire magazine.

They tell their members they are not forgotten and they pray for their release so they can rejoin the fight.

Another equally important factor is that terrorists know that they will be placed in the general prison population with other common criminals and will be afforded all the privileges and rights that come with that.

Programs that were originally designed to help in the rehabilitation process and the re-establishment of family ties can be used by terrorists for nefarious purposes. Phone calls, visits, even educational and religious volunteer programs can, and have been exploited for jihadist goals.

A terrorist is not rendered harmless when incarcerated; he will act when he can, and where he can’t, he will influence.

Not all terrorists are in solitary confinement or Supermax prisons. The vast majority transition from maximum security prisons to lesser secure facilities over time. Rather than fear the system, they milk it by demanding their rights under the Constitution they are seeking to destroy.

There is no specific program mandated by the Bureau of Prisons or any state correctional agency that specifically addresses the jihadist movement. At this point in the war on terrorism, 25 years after the first World Trade Center attack, isn’t it time we figured it out so that the Louis Pepe’s and Ali Saleh’s victim are safe and we stop the conveyor belts inside prison walls that often turn petty criminals into jihadists?

People who attempt to join, or declare allegiance to an international terrorist organization that has declared war on the United States and Western democracies, they become enemy combatants. They should be isolated from other inmates and housed in a maximum security prison. Treated humanely, not tortured or abused, but not released until the hostilities are over or the enemy has surrendered.