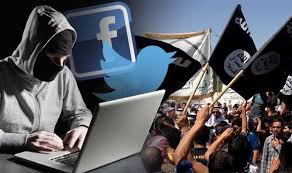 Federal Crown prosecutors have, for the first time, used the terrorism-propaganda provision of the Criminal Code in an attempt to remove content from the internet.

Under that law, authorities can seek judicial orders that oblige internet service providers and social-media companies to take down material. If judges are convinced terrorist propaganda has been posted online, they can order these companies to remove the offending content – and also to reveal which customer posted it, if this is already not clear.

An online court registry shows that hearings invoking the power took place in May and June in Montreal, but all details about its use – including which offending messages were posted by whom – are protected by a judicial sealing order.

The case, which is continuing, is playing out in the courts even as the law that put this power on the books is being narrowed in scope under Liberal legislation now being considered by Parliament.

Prosecutors in Ottawa will only say they’ve never exercised the power before. “We can confirm that this is the first and only time [the Public Prosecution Service of Canada] has instituted this proceeding,” said Nathalie Houle, a spokeswoman for the service, in an e-mailed response to questions from The Globe and Mail.

In Canada, the federal prosecutors at the PPSC almost always take charge of anti-terrorism cases, especially ones that amount to being important test cases for new laws. Despite this, Ms. Houle said she couldn’t speak definitively as to whether any provincial Crowns may have initiated any similar bids.

The current legislation, first passed in 2015, expanded the powers of federal counterterrorism agents on several fronts. At the time, supporters of the Islamic State, including some Canadians who had gone overseas to join the group, were recruiting and inciting their fellow extremists with slick internet videos.

Global counterterrrorism authorities have been striving, in recent years, to shut down the terror group’s internet messaging.

Shortly after the terrorist-propaganda law was passed by the then-Conservative government in Canada, the federal Liberals campaigned on a promise to correct what they called the “problematic elements” of the legislation.

One provision in the current Liberal legislation, known as Bill C-59, seeks to narrow what can be considered “terrorist propaganda.”