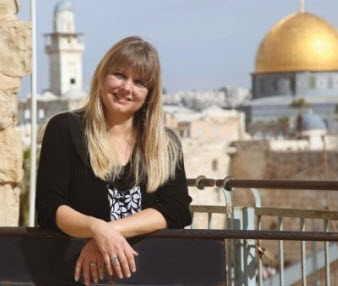 From Jane Kiel (aka Jerusalem Jane):

It’s that time a year again when you and other world leaders head to the annual conference at the UN!

I have been a strong supporter of yours for years, I’m always excited to see what you will say when you stand on the podium and speak to the whole world as you represent God’s Holy Land; you always makes me proud.

You are the only leader in the world, that when you speak about “the history of your nation,” you are actually talking about the land of the Bible! What a tremendous honor and privilege that is for you, and I love how you always quote from the Scriptures…

As I write this letter to you, my heart is completely broken because one of my best friends here in Israel was brutally murdered simply for being Jewish, and for living in Biblical Judea!

He was a colleague and close friend in making a passionate stand for Israel, and defending the ancient Biblical promise that was given to Abraham thousands of years ago.

I know that since that day, the Jewish people, despite exile, war and every evil assault imaginable, have continuously lived in Biblical Judea and Samaria, the Shomron. Before Islam came into existence, Israel and her people have lived, died and endured in this Holy and Blessed Land. Nothing or no one will ever take away the Jewish People from here ever again!

And yet, Abu Mazen is going to step onto the podium before you, and spew out his same tired hateful litany of lies and propaganda about Israel, and goes so far as to justify the cold-blooded murder of my dear friend Ari Fuld, because Abu Mazen encourages and pays terrorists and their families for killing Jews!

Abu Mazen is still a terrorist, whether he is in a business suit or not. That is not hate speech, that is historical fact about a man who participated in the massacre in the 1972 Munich Olympics, a Holocaust denier, a guy who says he welcomes Jewish blood to be spilled in Jerusalem, who is not even a legitimate leader of the Palestinian Authority, who now sits in power for his 12th year, despite the fact he was only elected for one four year term

He is a corrupt and selfish man that has done absolutely zero for peace with Israel, because he and his murderous contemporaries do not want peace!
He pays more than $300 million a year for killing the Jewish people, because all of the Muslim world is supporting him, and they keep on throwing money at him, because they are as morally bankrupt as he is!

In contrast, Ari Fuld was a fearless and uncompromising warrior for Israel, whether it was his time serving on active duty in the IDF, or defending against the ideological philosophy that denies Israel’s right as a sovereign nation to exist in her historical land.

He was a uncompromising and unrelenting Zionist who fiercely and boldly defended his Jewish heritage without fear of the cost to himself. When challenged, he accepted that challenge, and took it on bravely and boldly.

He absolutely believed that when God commanded Abraham to walk the length and width of the land, and swore a covenant with Abraham that everywhere he set his foot, the land was his and for his seed as a possession forever (Genesis 13:14-17).

Ari passionately lived according to God’s Word, and defended it passionately, even with his very life! He knew and embraced the Truth, and he refused to compromise or relent from that Truth at all! He held the true heart of Israel within his soul, he treasured it until his final breath on earth!

It’s time, Benjamin Netanyahu, to show to the world that Israel is the one and ONLY Jewish Homeland, history proves it and no longer will we tolerate these heinous terror attacks that happen over and over again because the despicable lies of “occupation” which have been spread around the world for generations.

It’s time to say enough is enough! It’s time to institute the death penalty for terrorists, it’s time to build the Jewish Nation all over Israel, to finally and peacefully settle the land that God spoke about from the beginning! It’s time to stop pretending that the Arabs wants peace, when they only want dead Jews and a “Judenfrie” Palestine!

It’s time to do what’s right for the Jewish people and not bowing for, or pleasing others nations in compromising land that was rightfully given to the Jews!

The United Nation’s numerous resolutions each year have shown over and over again that they oppose Israel, and so have the EU and many nations around the world. Yet, they have no legal standing to dictate what should be decided in Israel.

However, they are under the spell and deception of the Arab world about a fictitious Palestinian people, State and seemingly rightful occupation since 1948, and therefore, they really could care less about yet another heinous terror attack in Israel, and use false claim, such as saying that Ari Fuld was a “right wing settler living/occupying the West Bank, so he had it coming to him,” as far as deadly retribution is concerned.

How many broken hearts, Mr. Prime Minister, how many families ripped apart, how many tears cried over yet another family member brutally murdered, because of the lies told about the Jewish people?

How many more victims are we going to see being brutally slaughtered, while Abu Mazen pays these despicable terrorists thousands of dollars every month, or making a surviving terrorist a millionaire for the reward of killing a Jew.
It’s stepping on the grave of every single victim!

You and our Government needs to do far better than just demolish the house of the terrorists family, it’s a complete joke that the Arabs just go along with!

Ari Fuld was the proudest Jewish man I have ever met, and he always said, “We should build all over Judea, it shouldn’t take another terror attack before the government allows new construction in Judea and the Shomron.”
Now he’s one of those terror victims!

Bibi, I implore you to be more outspoken than Ari Fuild when you stand boldly on that podium this Thursday, it’s your time to roar like a lion for Israel and proclaim we are home to stay in our God given nation!,

We build all over every foot of the land where Abraham placed his feet, we won’t give away a single inch of our nation; and if you kill us for possessing our land, you will be put to death with the due contempt that you first showed to us!

It’s time for the world to get their head out from where the sun don’t shine, and stop being deceived from the utterly fake and malicious “Palestinian narrative.”

It is time to do what is right for the Jewish people and for the sake of Israel, for the eyes of the One who watches over Israel, Who never slumbers or sleeps, is watching you also, Sir.

I pray for you and your family Mister Prime Minister,
I’m grateful you are the leader of the Holy Land, but it’s time to take off the gloves and defend your people as if the life of this Nation depended upon it! And in Truth, it does!

As you speak, I will also be thinking of Ari, that if he could stand beside you on that podium, he would passionately say everything I am sharing with you now.

And to my Dear Brother Ari, may your memory be a blessing and may your blood be avenged!
May Bibi rise and speak up for you and every single terror victim before the UN! 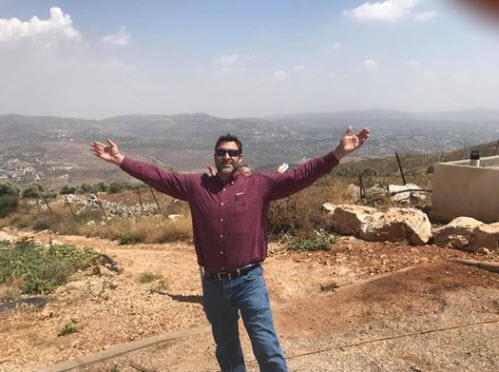