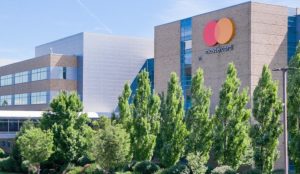 I wrote here at PJ Media, at the end of August, about how I was dropped from Patreon at the behest of MasterCard — which claimed that it had done so because my websitefeatured “illegal content.” Since then, MasterCard has ignored a letter from an attorney, and Discover has likewise begun to refuse to process donations to my organization Jihad Watch. These credit card companies appear to be digging in on their commitment to denying service to those with political opinions they dislike. The implications of that are ominous for everyone.

MasterCard and Discover are almost certainly acting against me at the urging of the Southern Poverty Law Center (SPLC), which for years has defamed me as a “hate group leader” and an “anti-Muslim extremist.” These are not mere words. Tyler O’Neil reported in PJ Media last September that former SPLC spokesman Mark Potok declared: “Sometimes the press will describe us as monitoring hate groups, I want to say plainly that our aim in life is to destroy these groups, completely destroy them.”

Potok added: “You are able to destroy these groups sometimes by the things you publish. It’s not so much that they will bring down the police or the federal agents on their head, it’s that you can sometimes so mortally embarrass these groups that they will be destroyed. … We see this political struggle. We’re not trying to change anybody’s mind. We’re trying to wreck the groups. We’re trying to destroy them. Not to send them to prison unfairly or to take their free speech rights away, but as a political matter to destroy them.”

By getting two major credit card companies on board, the SPLC is well on its way in my case — unless MasterCard and Discover Card reverse themselves, and I haven’t given up on that. I’ve also started an Indiegogo fundraiser to raise money to sue the SPLC. It will be interesting to see if the SPLC prevails upon Indiegogo to quash a fundraiser that is critical of the SPLC.

Those who may be applauding MasterCard and Discover Card for quashing a “hate group leader” should stop and think for a minute. The first question for them to ponder is this: What if the SPLC is wrong? It is already established that the SPLC is not infallible in determining who is “hateful” and who isn’t — witness the $3,375,000 it paid to Maajid Nawaz for smearing him as “anti-Muslim extremist.”

Then consider a hypothetical world in which credit card companies and social media platforms shunned people on the word not of the Southern Poverty Law Center, but on the word of, say, the American Family Association. In that event, the Left, that is so authoritarian today, would suddenly become champions of the freedom of speech. But this will remain a hypothetical, because outside of The Handmaid’s Tale, the AFA and other socially conservative groups would never crack down on dissent the way that the Left is doing today.

Nonetheless, the point is still sound: Once it is generally accepted that people can be barred from services based on their political views, America has ceased to exist as a free society.

What will be the next step? Will MasterCard and Discover deny me a personal credit card as well, because I’m on the SPLC’s hit list? Will the SPLC pressure other companies to deny service to me and others that the SPLC has defamed?

In five or ten years, if this trend is not checked, will it be possible for me and others whom the SPLC is trying to destroy to buy a house? A car? Groceries? If the precedent is established that people can be discriminated against based on their political views, there is no telling where it could end, or if it will end at all.

Whatever you may think of me and of the other people that the SPLC has targeted for destruction, the implications of what is being done are clear. America is at a crossroads today. The choice before us is whether we will continue to exist as a free society, or whether we will become a totalitarian state in which holding the proper opinions is an indispensable prerequisite of being able to function as a citizen at all….