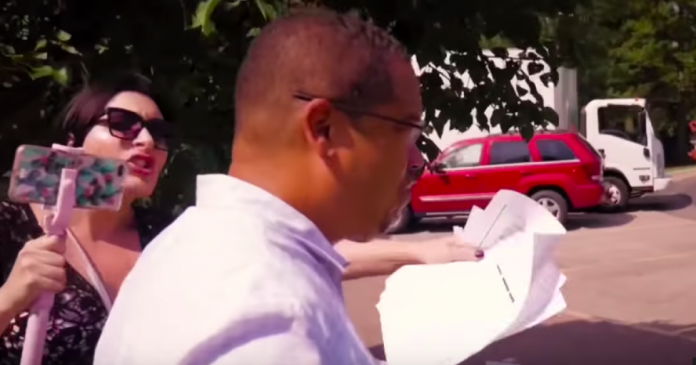 Investigative reporter and Big League Politics contributor Laura Loomer was back at it again in Minnesota over Labor Day weekend, this time confronting Rep. Keith Ellison (D-MN) at a campaign event.

Ellison, who does not have an active law license, is running for Attorney General in Minnesota.

Loomer confronted him about allegations of domestic abuse levied against him in 2005. Police report in hand, she crashed a campaign event where Ellison’s goons tried to intimidate her into leaving.

Ellison hung his head in shame as Loomer launched her questions at him, eventually leaving his own event early. He never said a word to Loomer, ignoring all of her questions.