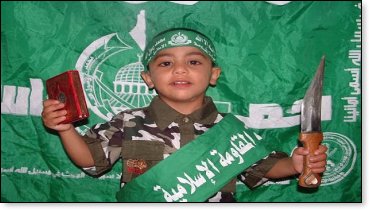 Using children in war situations is not a new phenomenon. They are the most vulnerable to the ruling powers, easily taken from unarmed parents and pressed into service by a government. Czarist Russia drafted children for 20 years, at least 300,000 non-Jewish and 75,000 Jewish Cantonists. Hitler’s Germany drafted thousands of young boys, Hitler youth, indoctrinating them to dedicate their lives for the Reich, unto death if necessary, and most were poorly trained and sent on suicide missions. As many as 40 million children, orphaned by AIDS, and controlled by drugs and religious or political fervor, were recruited in Africa.

Today, nearly 80 percent of about 30 conflicts worldwide have as many as 300,000 young combatants, ages 7 through 15, serving the war effort as scouts, messengers, looters, sex slaves, minesweepers, laborers, makers of bombs and terror tunnels, advance ambush, and suicide bombers. Nearly a half-million children serve in armies not at war – duped, exploited and wasted.

The use of children extends to indoctrination. In Islamic shame/honor cultures, the child is forced to learn the Koran with punishment by the whip, bonding them with violence for life. The child bride, often bartered or kidnapped, becomes an uneducated, incompetent and irresponsible mother, who is still dealing with the abuse, anxiety and trauma of having her female identity excised – female genital mutilation. The ritual produces a damaged self-image, the shame of being female and a self-hatred that is passed on to her numerous children who may well be the result of rape in a forced marriage. Shaming fuels violent aggression that reinforces the male’s brutality, not unlike the self-pity and sense of victimization that fueled Nazism.

Defenseless children may also be used as human shields and jihadis to increase their own death toll and net sympathy from the United Nations, and the girls often serve as “comfort women” for their commanders, to become impregnated and sent into combat with their babies strapped to their backs. The mothers consider their children expendable because they themselves were expendable. Called “the martyr in his mother’s womb,” the fetus is dedicated to death even before his birth. The cause of Islamic conquest is foremost, and the youths who do survive their horrific experiences are so severely scarred that they will suffer lifelong mental health problems. Despite the changes in war and engagement, the aggressor’s agenda is always expansionism, acquisition, domination, and elimination, and the disposable children are sent away for hijrah, jihad by emigration.

If war is the annihilation and replacement of one population by another, then America is experiencing a silent assault and eradication. One method of societal reduction or eradication is the promotion of a woman’s right to abortion over the right of the child to live and prosper. The child is mere material, to be used or discarded, as in Aldous Huxley’s Brave New World.

The schools are now devaluating sexual differences, first with language, replacing accepted pronouns with gender-neutral sounds and, second, with denying the child’s nature, in the interest of “complete equality.” Teaching staff are encouraging homosexuality, to emasculate the boys and erase the desire for courtship, marriage and reproduction, reinforced by Walt Disney films that encourage a “gay agenda.”Family Research Council has just revealed that hours of instruction on evolving “sexual identity,” contraceptive drugs and devices, and consenting to sex, are taught in Fairfax County School. The appalling curriculum includes (1) gender fluidity: biological sex is meaningless, (2) embracing gender transitioning, (3) encouraging risky sex, (4) discontinuing abstinence education, (5) teaching use of all contraceptive devices without divulging health risks, (6) parents may not opt children out of 8th grade comprehensive dating lessons, and (7) stripping the word “clergy” from adult consultants.

Social engineering is another exploitation of children. Groups, such as the Boy Scouts, established to prepare boys for manhood, independence, strength, creativity, adventure and daring, pride in country and the will to defend our country, are seeing drastic deviations. In a “celebration of cultural exchange, mutual understanding, peace and friendship,” the 2019 World Scout Jamboree event will host thousands of attendees from more than 200 countries and territories and make condoms readily available. For 108 years, the Boy Scouts of America’s flagship program has been known simply as the Boy Scouts. With girls soon entering the ranks, the group says that iconic name will change to Scouts BSA next February, 2019.

America’s Common Core standards disrespect Biblical and Judeo-Christian values and substitute a whitewashed Islamic and Marxist ideological indoctrination. The storyline is equality of rules and regulations fed by academia, the caliphate, duma, or “Sorospolis” to a passive student body. As in any fascistic system, information is controlled, and dissimilar publications banned. The students are methodically poisoned, their morality shifted from general ethical principles, such as the Golden Rule, to strengthening the Leftist cause.

Because parents protested Common Core, Jeb Bush deceptively introduced his “personalized learning.” Better characterized as “depersonalized training,” it puts children on computer screens that track their thoughts and determine their futures, and features less interaction with teachers and fellow students, allowing for complete indoctrination. The American Psychological Association found increased stress and anxiety for teens (8.7%/2005, 11.5%/2014), due to more restrictive schooling and grading, and doubled suicide rate (tripled for girls).

Already employed in some schools is the deliberate dissuasion for children to bond and develop close and lasting friendships, thereby creating feelings of loneliness and isolation and rendering the children vulnerable to ideological brainwashing. Researchers have said that music, usually a reflection of the times, has been getting sadder over the last 30 years. The “maleness” of songs has also decreased.

The schools and media are promoting a false narrative of multiculturalism, when the goal should be multi-ethnicities, religions and races, living harmoniously under the host’s culture. Migrants to America should be seeking America’s peace and prosperity; to deny its existence is to deliberately propose her people’s destruction – ethnocide. As such, the accusations of racism and colonization of “white-supremacist Europeans or Americans” prepare the groundwork for the annihilation of our heritage and language. Islam has declared its purpose to replace our culture with theirs against a backdrop of hate spewed by progressive faculty, black activists, feminists, and pro-Muslim organizations that demonize Israel and Jews, Christians and America. The children are the war materiel.

Universities are keeping their students ignorant, unskilled, and fearful of hearing opposition to the leftist agenda. They offer protection from the outside world in safe spaces, cry closets and therapy animals. Taught to fear self-reliance, the resultant adults will require government welfare programs, monthly stipends, and healthcare that includes heavy medication for cooperation.

It is time to connect the dots, because each of these instances has one thing in common, the abuse and destruction of children, which, in turn, removes future adults and decreases world population. This silent war of annihilation is being waged by the United Nations; their UN 2030 Agenda describes their plan to control every nation, and the methods are already in operation. While some believe this to be a desire for Utopia, others may relate it to guilt for Europe’s hand in World War II. Whatever the motivation, the ruling class is creating an obedient underclass. In point of fact, this is a fascist agenda of conquest, to stunt natural growth, and prohibit the use of our natural resources to nourish our survival. The result will achieve what other tyrants have achieved with weapons and bloodshed – depopulation, except on a now much larger scale, using children.

The Globalists of the United Nations are dedicated to one world, unified under one flag or governing body, and the elimination of countries’ borders, sovereignty and of individual’s natural rights, and of that historic bulwark against the abuses of tyrants, the nuclear family, best attacked through the children. They seek complete freedom of migration worldwide to “increase liberty, reduce global poverty, and accelerate economic growth.” However, where there is mobility of capital and labor, increases in capital cause decreased labor, resulting in disproportionately low wages, reduced healthcare and education, and shrinking businesses. Unrestrained immigration brought us 14 million illegals by 2012. It does not produce assimilation, but a higher incidence of crime and conflict from dissimilar ideologies and the depopulation objective of our silent warriors – our endangered children. 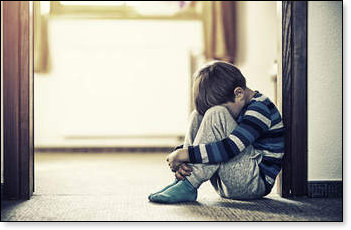