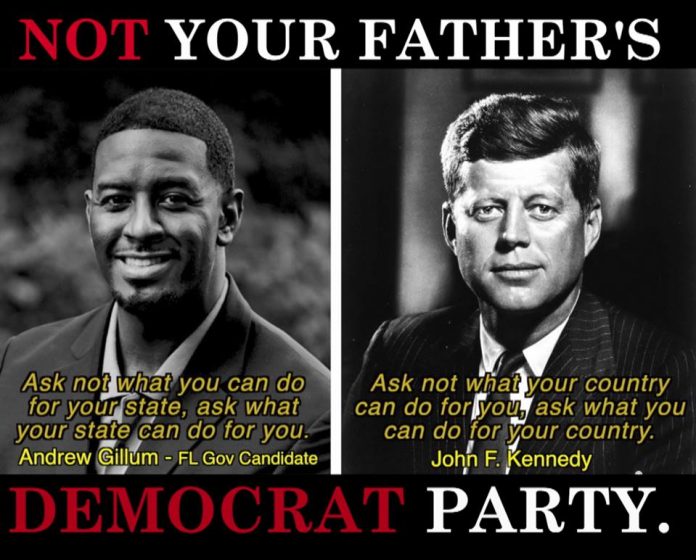 John F. Kennedy took the U.S. to the brink of war to PREVENT the spread of Communism in our hemishere, today’s Progressives are taking us over the brink, EMBRACING Marxism and threatening what makes America great.

REMEMBER, WE REPORTED THIS (from Front Page Mag, Discover the Networks, September 7, 2018)

WHO IS ANDREW GILLUM?

On a variety of key political issues, Gillum:

The two leading individual donors to Gillum’s 2018 campaign have been George Soros and another left-wing billionaire, Tom Steyer. Scarcely two weeks ago, Soros, who already had contributed $1 million to Gillum’s Forward Florida political committee, announced that he was giving $250,000 more. And Steyer, who had previously funneled $500,000 to Forward Florida, pledged another $300,000. “I’m obviously deeply appreciativeof Mr. Soros, as well as Mr. Steyer, both men who I’ve known them for some time,” said Gillum. The most recent Soros/Steyer donations coincided with a $3.5 million get-out-the-vote effort by a coalition of pro-Gillum leftist organizations.