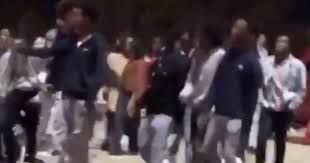 Source: The Sons of Liberty Media, by Bradlee Dean, October 8, 2018

“Islam is as dangerous in a man as rabies in a dog.”-Winston Churchill

This last week while touring the states, I returned to find that in my home state of Minnesota there were Somali teenagers and adults hard at work striking terror (Quran 8:12) into the hearts of the infidels.

They set themselves up to be the victims and were asking for help.  Then, when they received the help, they attacked the very people that helped and aided them.

What is of note here is that the CIA-controlled media in Minnesota, namely KSTP, WCCO, FOX 9 etc., reported not a word of what you are about to read; not a word about the responsible party! Not a word!

Furthermore, the citizens of Minnesota also felt that the police were involved in the cover-up.

When asked why this was not made known to the people in Minnesota, first them that were victims wanted to remain anonymous.  Second, they didn’t want to offend the Somali communities.

Yes, you heard me right. This is like police officer that does not want to offend the criminals.

Finally, they said that they did not want to influence the up and coming elections. Keith Ellison? Ilhan Omar?

Without further ado please take the time to understand the problems that no one in this country can run away from (Deuteronomy 28:41,63). Americans can do their best, but the fact of the matter is, that sooner which is better then later Americans are going to have to deal with the issue of them that mean to conquer.

What really happened? Laura Loomer provides a must read!  Watch the report below.

Media & police covering up the fact rioters were a “violent Somali mob”. pic.twitter.com/CSsPaEe8c1

“Ever since the religion of Islam appeared in the world, the espousers of it have been as wolves and tigers to all other nations, rending and tearing all that fell into their merciless paws, and grinding them with their iron teeth; that numberless cities are raised from the foundation, and only their name remaining; that many countries, which were once as the garden of God, are now a desolate wilderness; and that so many once numerous and powerful nations vanished from the earth ! Such was, and is at this day, the rage, the fury, the revenge, of these destroyers of humankind.”