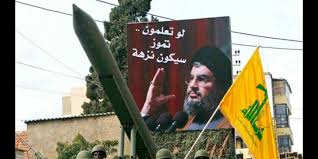 Hizballah operatives posed as attractive women on Facebook to seduce users into downloading a “more private and secure application.”

Those who installed the application gave the hackers access to sensitive information such as GPS data, photographs, contacts, and communications. The hackers could also secretly enable the recording function on a particular mobile device and spy on the target.

The cyber-attacks originated from the Middle East, the BIS press release said, and focused on targets across Europe and the United States.

The Czech intelligence service revealed that it cooperated with international partners to identify and disarm servers used in this particular case of Hizballah’s cyber espionage campaign.

“The Czech Republic has traditionally been considered as an ally of Israel and the United States in this field and in the past we have seen many Czech activities against Hizballah,” said Miroslav Mares, professor of international politics at Masrayk University. “In the previous decade, Czech diplomacy struggled for the addition of this organization [Hizballah] into the so called ‘EU terrorist list’.”

Hizballah, with Iran’s help, has ramped up its cyber offensive operations in recent years, allowing the terrorist group and its patron a measure of plausible deniability.

The Palestinian terrorist group Hamas also has used fake dating applications on several occasions, as recently as this past summer, in an attempt to seduce Israeli soldiers and install spyware on their phones.

In July, a senior intelligence official told YNet News discussed how Israel “identified a similar method in the January 2017 when the IDF uncovered that a Gazan terrorist group lures soldiers by using fake women’s profiles before infecting their phones with spyware.”

“The minute the spy software is installed on a smartphone the attackers can hear everything that is going on in the room, have access to each file downloaded on the phone, activate the phone’s camera and get the specific location of the phone,” explained Nitzan Ziv, vice president of Check Point Software Technologies.

Militant organizations with state-like cyber capabilities will increasingly exploit the cyber domain, among other asymmetric strategies, against their more powerful adversaries. The recent Hizballah case shows that the terrorist group not only targets Israel, but the United States and countries across Europe as well.