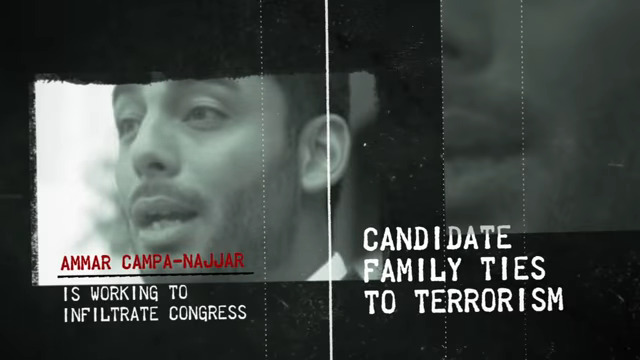 CAIR is an unindicted co-conspirator in a Hamas terror funding case — so named by the Justice Department. CAIR officials have repeatedly refused to denounce Hamas and Hizballah as terrorist groups. Several former CAIR officials have been convicted of various crimes related to jihad terror. CAIR’s cofounder and longtime Board chairman (Omar Ahmad), as well as its chief spokesman (Ibrahim Hooper), have made Islamic supremacist statements about how Islamic law should be imposed in the U.S. (Ahmad denies this, but the original reporter stands by her story.) CAIR chapters frequently distribute pamphlets telling Muslims not to cooperate with law enforcement. CAIR has opposed virtually every anti-terror measure that has been proposed or implemented and has been declared a terror organization by the United Arab Emirates. Ayloush himself in 2017 called for the overthrow of the U.S. government.

But donating to Hamas-linked CAIR is not career suicide for Ammar Campa-Najjar, although if a conservative candidate appeared with an analogous group as unsavory as CAIR, it would be. Campa-Najjar is a hard-Left candidate and never suffered any political fallout among Leftists for his connections to the organization. This is an indication of how topsy-turvy our political discourse is today: this unsavory gang of thugs has been normalized. 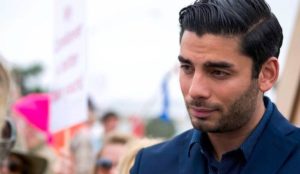 Democratic congressional candidate Ammar Campa-Najjar spent the early hours of Thursday morning defending his campaign’s 2017 donation to the Council on American-Islamic Relations (CAIR), and the contributions he has received from CAIR officials.

Breitbart News reported earlier this week that Campa-Najjar’s campaign made a “civic donation” of $650.00 to CAIR in 2017, and that he had received nearly $9,000 from CAIR officials.

As the article noted:

In 2007-8, CAIR was named an unindicted co-conspirator in the terror financing trial of the Holy Land Foundation for Relief and Development. That case, in turn, led the FBI to discontinue its work with the organization. In 2009, a federal judge ruled that the government “produced ample evidence to establish” the ties of CAIR with Hamas, the Palestinian terror organization . The United Arab Emirates labeled CAIR a terrorist organization in 2014 (a decision that the Obama administration opposed).

CAIR also helped the family of the San Bernardino terrorists after the 2015 attack in which they killed 14 people and wounded 22 — an attack CAIR partially blamed on U.S. foreign policy….

Breitbart News had reached out to Campa-Najjar’s campaign Tuesday to ask about his appearance on the “top ten” list of political candidates who had received contributions from “Islamist” sources, as compiled by the Middle East Forum’s “Islamist Money in Politics” (IMIP) project. (Campa-Najjar himself is a Christian, of mixed Palestinian and Mexican-American origin.)…