Members of an organized voter fraud ring have been arrested and indicted on charges they targeted and, in one case stole, the votes of elderly voters on the city’s north side.

Four people were arrested — Leticia Sanchez, Leticia Sanchez Tepichin, Maria Solis and Laura Parra — after being indicted on 30 felony counts of voter fraud, according to a statement from the Texas Attorney General’s Office.

These people allegedly were paid to target older voters on the north side “in a scheme to generate a large number of mail ballots and then harvest those ballots for specific candidates in 2016,” the statement read.

“Ballots by mail are intended to make it easier for Texas seniors to vote,” Republican Attorney General Ken Paxton said in a statement. “My office is committed to ensuring that paid vote harvesters who fraudulently generate mail ballots, stealing votes from seniors, are held accountable for their despicable actions and for the damage they inflict on the electoral process.”

The AG’s office explains that applications for mail-in ballots are first sent to “targeted precincts.” Then, “harvesters attempt either to intercept the ballots outright or to ‘assist’ elderly voters in voting their ballots while ensuring that the votes are cast for the candidates of the harvesters’ choice.”

In many cases, AG officials say, “the voters do not even know their votes have been stolen.”

Investigators began looking into a Fort Worth voter fraud ring and found that so-called fraudulent applications were created by forging signatures, changing information on the applications and then resubmitting them without the knowledge of voters.

Less than a month before the presidential election in November 2016, allegations of voter fraud in Tarrant County began surfacing and were being investigated by the state.

The complaints focused on mail-in ballots, which allowed people to vote from their homes without any ID or verification of identity.

A key concern has been how often people may assist others — or physically help by witnessing — with filling out the applications for mail-in ballots or the ballots themselves.

Supporters have long said mail-in balloting is crucial for overseas residents, the military and senior citizens. Critics maintained that such voting is ripe for abuse and raises concerns about “vote harvesting,” in which people could fill out and return other people’s ballots.

Here’s a look at the accusations, according to the indictments:

▪Leticia Sanchez, 57, of Haltom City, faces 17 counts. She is accused of marking a voter’s ballot without his consent in March 2016, and altering and submitting applications in January and February 2016 to request ballots by mail for the Democratic Party for 2016 elections for 13 people who had made no such requests. She is also accused of providing forged signatures for three people on applications. Sanchez remained in the Tarrant County Jail at noon Friday with bail set at $1,500.

▪Laura Parra, 24, of Fort Worth, faces one count. Parra is accused of providing a forged signature in January 2016 on an application for an early voting ballot. She was released from jail Thursday on a $1,500 bond.

▪Leticia Sanchez Tepichin, 39, of Haltom City, faces nine counts. Tepichin is accused of providing forged signatures on two applications for early voting ballots in January and February 2016. She is also accused in seven of the counts of soliciting, encouraging, directing, aiding, or attempting to aid others in altering and submitting false information on early voting ballot applications. The false information was submitted, according to the indictment, to request ballots by mail for the Democratic Party for 2016 elections by people who had made no such request. She was being held in the Tarrant County Jail Friday at noon with bail set at $1,500.

▪Maria Rosa Solis, 40, of Haltom City , faces two counts. Solis is accused of providing forged signatures in January 2016 on two applications for early voting ballots. She was released from jail on Friday on a $1,500 bond. 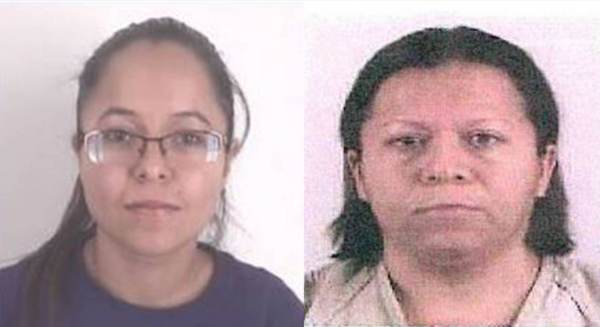 Above: Laura Parra Tarrant (on left) and Maria Solis Tarrant 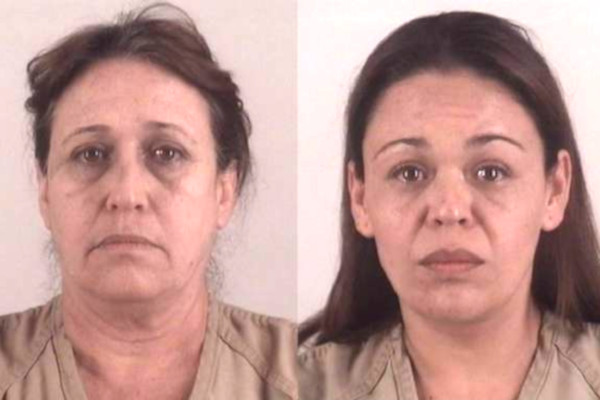 Sanchez was indicted on one court of illegal voting, a second-degree felony that could bring, if convicted, a sentence of two to 20 years in prison.

Paxton’s office will prosecute the cases.