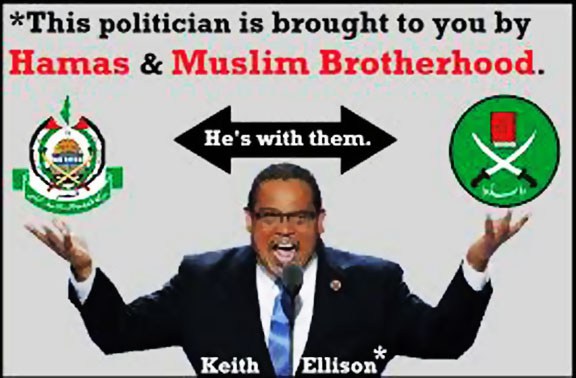 Saturday, October 13, 2018, MAS (Muslim American Society) of Minnesota held an event that was called: Islam, The Guiding Light.  They have the below statements on their website giving an indication that it was OPEN to the public (highlighted in red below):

Assalamu Alaikom and welcome to the MAS MN Convention!

The MAS MN convention is an effort oriented in love of Allah (SW), love of his deen, and a deep care for the Muslim community. We adopt an open and moderate understanding of Islam as the way forward. This convention aims to help Muslims in America overcome the challenges our society now faces while simultaneously building and bettering our society collectively. The convention is also focused on revitalizing the Islamic spirit in each of us. We aim to do this by catering to the Muslim individual, the Muslim family, the Muslim community, and the American society at large.

If engaging with “the American society at large” was being “focused” on amongst a group of Muslims, wouldn’t that mean “American’s” both  Muslim & Non-Muslim should be able to join in the conversation?  Wouldn’t they all be “welcomed” to the discussion?  So, why would a Jewish woman be asked to leave when all she did was sit down and listen to the speakers in the sessions?

I was just kicked out of the MAS conference at the Mpls Convention Center because I came to see @keithellison. The organizer said ‘I’m on a list’ and have to leave! My Constitutional rights are violated. If Ellison is AG he won’t protect our rights! He’ll squash them… pic.twitter.com/Nmghi8JIrJ

Could it be because political candidates, Keith Ellison & Ilan Omar were speaking in Session # 3 and she was asked to leave just before Session #3 to keep her away from that part of the day’s event?  Did they target her as a Jewish woman being on “… a list” and NOT want her to participate with Keith & Ilan?

Isn’t that discrimination?  Wouldn’t that be something that a State Attorney General’s office would want to hear about to ask if she was unfairly treated because she was a Jewish woman?

And what about that “list”.  Who is on it besides this Jewish woman? And, what would Keith Ellison do with that “list” once he became the state Attorney General?  Would that “list” be used against those on it in a retaliatory fashion?  How dangerous that would be for an Attorney General to have and put into play! Not what a state AG should be doing!

And, isn’t “the list” exactly what CAIR and nearly every Muslim cries fowl about when referencing the “Muslim ban” (which, in actuality, there is no “Muslim Ban”)  Doesn’t CAIR constantly practice lawfare cases accusing organizations, businesses, law enforcement, and schools of discrimination when anything referencing terrorism and Islam is even mentioned?

So, where is support for this discrimination case against this Muslim Only event?  To call attention to the right of a U.S. citizen who is a Jewish woman who paid the  entry fee asked and quietly sat and listened to the Muslim speakers.  Especially when the event was held at a tax-payer supported location such as the Minneapolis Convention Center AND had scheduled political candidates speaking?

What did Keith & Ilan want to say that this Jewish woman couldn’t hear?  As 2018 political candidates that are running for state & federal positions that are very important to Minnesota citizens… especially the Attorney General position that is, as Philip Haney called it, is “Top Cop” for all of Minnesota.  WHY WOULD THEY EXCLUDE ANY CITIZEN OF MINNESOTA?  BUT… they did!

What did Keith Ellison or Ilan Omar NOT want the public to know?

We found out later that Keith Ellison was a “no-show”.

Is he becoming too toxic and fearful at who may approach and ask him about his domesitc abuses currently in the news?  His history and allegiances are very suspect as well.  If no one can call him on them, then what type of Attorney General would he be and what laws would he enforce or decide to ignore?  Would he serve all of Minnesota or only his Islamist supporters?

Is Keith Ellison what a state Attorney General looks like?  Minnesota, November 6th is your chance to send him home!