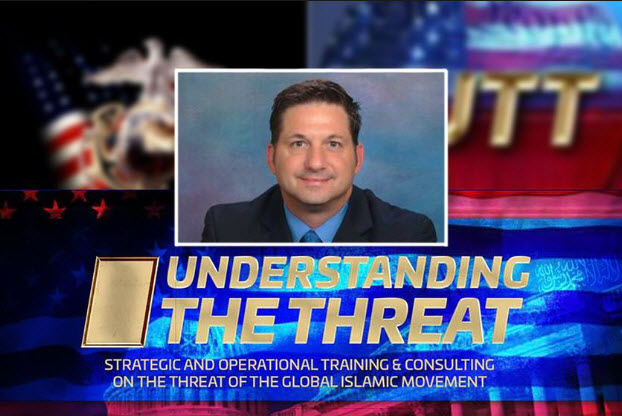 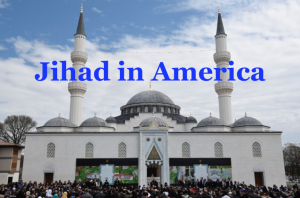 From a military perspective, the Islamic Counter-State has gained significant ground in the last five years to prepare the battlefield in the United States, while U.S. intelligence and security forces remain nearly completely ignorant of the true nature of the threat.

The following is UTT’s brief Domestic Enemy SITREP (Situation Report) as it relates primarily to the Islamic threat in the United States:

Since 9/11/01, the Islamic Counter-State has been able to conduct military operations inside the United States without any assessment by U.S. intelligence, law enforcement or military forces attributing these actions to the massive Islamic jihadi network supporting them.  The 9/11/01 attack and nearly all of the 71 attacks on U.S. soil by jihadis since 9/11, were all conducted with the support and assistance of a massive jihadi network in the U.S. primarily controlled by the U.S. Muslim Brotherhood.  Yet, there has been no concerted effort by any U.S. government entity to target and destroy this network, or even seek to identify it.

This points to a highly sophisticated and successful enemy Information Operation which has matured to the point the leadership of the Islamic Counter-State controls the national security decision-making process to the point it has kept the current administration from designating the Muslim Brotherhood a Foreign Terrorist Organization.

UTT will discuss the enemy’s Information Operation in Part II of this SITREP this coming Thursday.

Enemy’s Preparation of the Battlefield

Based on the information provided herein, and a significant amount of other information collected by Understanding the Threat (UTT), UTT assesses America’s security vulnerability to the Islamic Counter-State as GRAVE at this time.  Without a significant and radical course change, the U.S. cannot win this war at the federal level.

However, UTT assesses a significant awakening at the local level in a number of areas across the United States where police, elected officials and citizens trained by UTT are coordinating efforts and taking the fight to the enemy at the local level.

The U.S. administration’s struggle to form an appropriate response to the alleged murder of “journalist” Jamal Khashoggi by Saudi Arabian officials at their consulate in Turkey, demonstrates a fundamental lack of understanding of the Islamic threat globally by American officials.

U.S. warfighting doctrine requires professionals to begin any analysis of a threat with who the enemy says they are and why they say they are fighting.  Since 9/11/01, the United States government has failed to do this, and, as a result, U.S. leaders continue to allow suit-wearing jihadis into positions of significant influence in the government.

America lost the wars of Afghanistan and Iraq not because the U.S. military failed in battle, but because military and civilian leaders did not and still do not understand the enemy (Islam) and their threat doctrine (sharia).

100% of our enemy in this war, to include Al Qaeda, the Islamic State, Hamas, Hizbollah, the Muslim Brotherhood, all Islamic nations – which are a party to the Organization of Islamic Cooperation (OIC) – and all of the jihadis killed or captured on the battlefields of Afghanistan and Iraq as well as on the streets of Europe and America say they are “muslims waging jihad to establish an Islamic State (caliphate) under sharia (Islamic law).”

All sharia mandates jihad until the world is under Islamic rule, and sharia only defines jihad as “warfare against non-muslims.”

The Muslim Brotherhood has been in the United States for over 50 years, and has imbedded itself into many areas of our government, including our FBI, CIA, local/state police, and across the social spectrum, for the purpose of collecting intelligence and controlling how U.S. officials view the threat.

This is political warfare and espionage.  It is counterintelligence.

ISNA’s previous President Mohamed Magid:  sat on the Homeland Security Advisory Committee and held a secret clearance; gave lectures at CIA headquarters; was given the FBI Director’s Award by Director Comey in 2016; was publicly praised by President Obama who made a congratulatory video for ISNA’s annual conference two years ago; and participated in President Trump’s Inaugural Prayer Service at the National Cathedral (see UTT’s video of that HERE).

All of this gives Magid serious opportunities to control the message.

Abdurahman Alamoudi was the Islamic advisor the President Clinton and met with him more than any other muslim in America.  Alamoudi was a “Goodwill Ambassador” for the U.S. State Department and founded the Muslim Chaplain Program for the Department of Defense.  Alamoudi is now in federal prison and was an Al Qaeda financier.

The Islamic advisor to the U.S. President was Al Qaeda.  That is serious influence.

If U.S. leaders do not view every action in the war against our Islamic adversaries through the filter of sharia, they cannot professionally analyze the threat and respond adequately to these enemy actions.

If our leaders understood sharia, they would understand there are no friendly forces operating with regards to the Khashoggi incident.

Saudi Arabia is one of the world’s most significant funders of the global jihad and strict enforcers of sharia on the inhabitants of the Kingdom.  It is also a part to the OIC which states in the Cairo Declaration their only understanding of “human rights” is Islamic sharia.

Turkey is preparing, once again, to become the center of the caliphate, and its President – Erdogan – is likely to be the next Caliph.  Turkey is also a part to the OIC which states in the Cairo Declaration their only understanding of “human rights” is Islamic sharia.

Without knowing and understanding the threat and why they fight, neither the West nor the United States will win this war.

The threat from the Global Islamic Movement comes in the form of the violent jihadi organizations, all Islamic nations under the authority of the OIC, and the lead suit-wearing jihadi element, the Muslim Brotherhood.

All seek an Islamic State under sharia.  They teach it to their children and at the highest levels of Islamic jurisprudence.

The United States should not be interested in brokering peace between Turkey and Saudi Arabia over the Khashoggi.

The United States should be focused on destroying the barbaric and totalitarian system that is Islam, and doing whatever it takes to preserve freedom for American citizens.

While the federal government flails about, citizens must realize this war will necessarily be won or lost at the local level by local police and the citizens who support them.

UTT works diligently to provide this information to local and state officials because the federal government is failing to do its duty.