On Tuesday, Oct 23, 2018, a group of South Florida leaders stood at the Palm Beach Post corporate headquarters to protest the Post’s banning of The United West’s expose’ paid political advertisement.

The advertisement was produced and paid for by The United West and after days of interaction, the Post’s Publisher, Timothy Burke rejected the expose’ against Socialist candidate for Florida Governor, Andrew Gillum.

Not surprisingly, the Post endorsed Gillum for Governor and Billy Vaughn was one of the many people who spoke against the Post and Gillum.

For complete details continue to follow us here on The United West!

Here is the Ad that was BANNED:  [gview file=”https://www.theunitedwest.org/wp-content/uploads/2018/10/Banned-Lg.-GIllum-Newspaper-Ad-to-Palm-Beach-Post-1.pdf”] 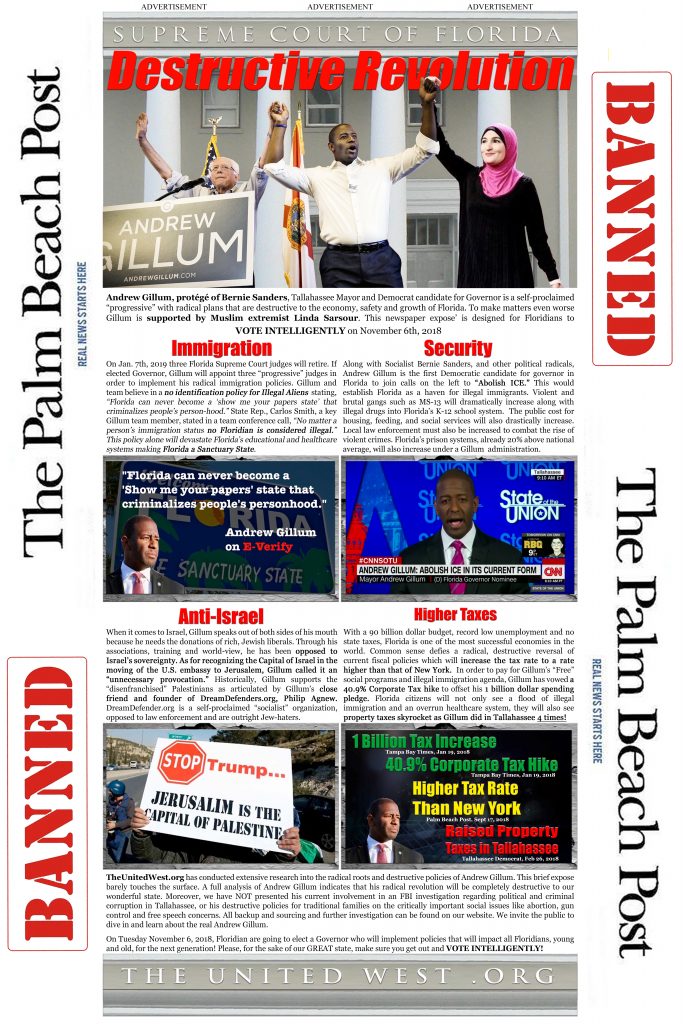