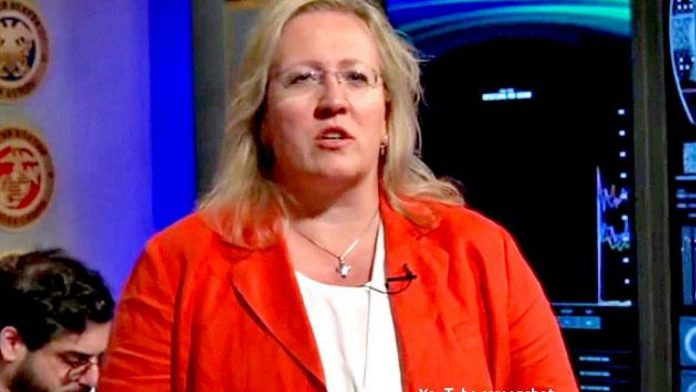 Founded in 1949 and headquartered in Strasbourg, the Council of Europe – which today counts every European state except Belarus and Vatican City as a member – is supposed to be a guardian of democracy and human rights. That’s its official raison d’être. It is separate from the European Union, and its court, the European Court of Human Rights (ECHR), whose judges are elected by the Council of Europe’s Parliamentary Assembly (a legislative body whose 324 members are drawn from Europe’s national parliaments), should not be confused with the EU’s European Court of Justice (ECJ). It began hearing cases and handing down verdicts in 1959.

How many Europeans are even aware of the Council of Europe’s existence – or, if they are, could explain what it does? How many know the difference between the ECHR and the ECJ? Relatively few, I suspect. But this is par for the course in Europe, where the elected governments, in the decades since World War II, have built up a network of international bodies that wield considerable power while operating in the shadows with little or no accountability to the people. Guardian of democracy, indeed.

All of this dry information is by way of prefacing news of a sensational and sobering verdict that was handed down by the ECHR last week. Although the full name of the petitioner is not mentioned – she is identified only as an Austrian woman with the initials “E.S.” – the case, as Robert Spencer has noted, is obviously that of Elisabeth Sabaditsch-Wolff, who in 2011 was convicted in her native country of “disparaging religious doctrines” for having stated, in seminars entitled “Basic Information on Islam” that she held in October and November 2009, that Muhammed, the prophet of Islam, was a pedophile. Of course, any minimally knowledgeable student of that religion knows that, according to the canonical records of Muhammed’s life that are known as hadith, he wed his wife Aisha when she was a child of six and (perfect male role model that he was) waited until she was nine to consummate the marriage.

Not only is it acceptable under Islam for a true believer to acknowledge these details, which theological scholars consider incontrovertibly factual; it would be sheer heresy to deny them. Also thoroughly factual, of course, is that the word “pedophile” means someone who is sexually attracted to children and who, in some cases, acts upon that attraction. But when Sabaditsch-Wolff put two and two together and called Muhammed a pedophile, an Austrian court found her guilty of insulting a legally recognized religion and fined her 480 euros ($548). Sabaditsch-Wolff appealed the court’s judgment, but the Vienna Court of Appeals upheld it and the Austrian Supreme Court dismissed it, whereupon she took her case to the ECHR. As she told Front Page editor Jamie Glazov in 2011, the appeal would “cost a lot of money and…take a lot [of] time (6-8 years minimum).”

Well, she was right about how much time it would take. After seven years, a seven-judge panel of the ECHR has issued a ruling in her case. And what a ruling it is – nothing less than historic. The ECHR admitted that, yes, it is permissible in Europe (for now!) for one citizen to refuse to share another’s religious beliefs. But to go very far beyond that is another matter, especially in “particularly sensitive” cases and especially when one is making “value judgments” rather than stating the plain facts. Sabaditch-Wolff’s statements, the ECHR ruled, had gone “beyond the permissible limits of an objective debate” by making “an abusive attack on the Prophet of Islam which could stir up prejudice and threaten religious peace” and which was “capable of arousing justified indignation.” By finding Sabaditch-Wolff guilty, maintained the ECHR, the courts in Austria had “carefully balanced her right to freedom of expression with the right of others to have their religious feelings protected, and served the legitimate aim of preserving religious peace in Austria.” Hence, the ECHR concluded, Sabaditsch-Wolff’s comments about Islam were not protected by her freedom of expression.

Let’s unpack all that a bit. What made this case “particularly sensitive”? At one point does a statement of fact become a value judgment or indignation become justified? Why doesn’t your or my or Sabaditch-Wolff’s indignation over the tenets of Islam matter as much as the indignation of Muslims? What are the “permissible limits of an objective debate”? How can a court in the Western world speak, with a straight face, of someone in the twenty-first century mounting an “abusive attack” on someone who lived and died 1400 years ago?

As for the ECHR’s concern that stating an uncomfortable truth about Islam risks “religious peace” – well, on that score the judges certainly had a point. But is it Sabaditsch-Wolff’s fault that Austrian authorities have filled their country with people who are so touchy about insults to their religion that a statement made at some obscure seminar is viewed as being capable of sparking major social discord? As for “balanc[ing]” free speech with “the right of others to have their religious feelings protected” – when, in the post-Enlightenment West, has there ever existed such a thing as a right to have one’s “religious feelings protected”? What does that even mean? Protected from what? From facts? And of course, as some Americans still seem to recognize (even if many Europeans don’t), once you start “balanc[ing]” free speech with other considerations, you’ve already started to raze the edifice of liberty.

The bottom line here is grimly clear. The ECHR has totally capitulated to Islam. It has dealt a major blow to freedom of speech in Europe. At this point, indeed, the ECHR might as well be a sharia court. When it comes to voicing unpleasant truths about Islam, it can no longer be claimed with any legitimacy that Europeans under the jurisdiction of the ECHR – which is to say, every European except for the thousand-odd residents of the Vatican and the nine million inhabitants of Belarus – still enjoy freedom of expression. In one fell swoop, the ECHR has put an end to that. And some Americans wonder why Donald Trump is so determined to keep the United States out of the jurisdiction of international courts.