DUBAI, United Arab Emirates (AP) — The deaths of two young Saudi sisters, whose bodies washed up along the New York City waterfront last month, have shined a light on the often secretive and risky journeys Saudi women take to flee their homes, both within the kingdom and abroad.

Tala Farea, 16, and Rotana Farea, 23, ran away from home in Fairfax, Virginia, before being placed in a shelter amid allegations they were abused at home. They then made their way to New York City, staying in high-end hotels and eventually maxing out the older sister’s credit card.

What happened next is still under investigation. Their bodies, fully clothed and showing no obvious signs of trauma, were found October 24 along the rocky banks of the Hudson River wrapped together with tape.

New York City Police Chief of Detectives Dermot Shea said people who knew the Farea sisters in Virginia told investigators that they made statements within the last year indicating “that they would rather inflict harm on themselves — commit suicide — than return to Saudi Arabia.”

That may be because in Saudi Arabia, women who try and flee have few good options. Under the kingdom’s guardianship system women must have the approval of a male relative — such as a father, husband, brother, or even a son — to marry, obtain a passport or travel.

“The fact that they continue to be subjected to the guardianship system … to the more sort of sinister issues which include physical or sexual abuse that they face at home, we’ve seen women in all these cases attempt to flee,” said Human Rights Watch researcher Adam Coogle. 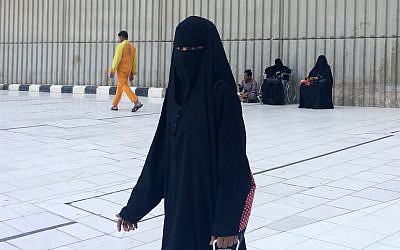 Coogle said there are also women being pressured into marriages against their will. He did not specifically discuss the Farea sisters as their case is still under investigation.

In other instances, women are being barred by their guardians from marrying or their salaries are being confiscated.

If women who run away are caught, they can be pressured to return home or placed in shelters where often the only way out is to escape again. Others are jailed and only a male guardian can sign for their release.

Last year, Saudi women’s rights activist Mariam al-Otaibi spent more than 100 days in the women’s section of al-Malaz prison in Riyadh after her father filed a complaint to police against her for leaving home. She’d moved from the ultraconservative province of Qassim to the capital, where supporters helped her rent an apartment and find work.

She was released after her case attracted the attention of activists and rights groups.

Also last year, a plea for help by a 24-year-old Saudi woman triggered a firestorm on social media with people seeking details about her disappearance. In an online video, Dina Ali Lasloom said her passport was confiscated at an airport in the Philippines on her way to Australia where she planned to seek asylum.

Women’s rights advocates in Saudi Arabia said Lasloom was ultimately forced to board a plane to the kingdom with two of her uncles, who flew from Riyadh to stop her. They said authorities then took her to a women’s shelter because of the attention around her case. A Saudi woman who tried to meet Lasloom at the airport in Riyadh to assist her was detained for several days by authorities.

A group of Saudi women’s rights activists had raised money locally for runaways and were planning to start a non-governmental organization to shelter abused women. But in May, authorities arrested at least nine of them and three of their male supporters. They remain detained on vague charges related to national security. 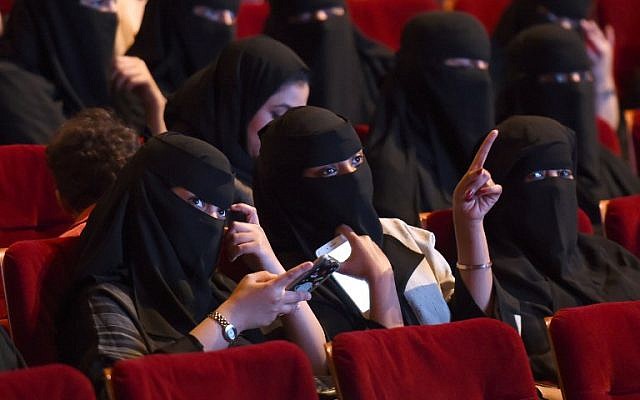 For runaway Saudi women, fleeing can be a matter of life and death, and they are almost always doing so to escape male relatives.

It’s a problem Saudi society is grappling with. State-aligned newspapers report when women flee shelters and articles question the level of care and support women receive at such facilities.

The shelters have been described by Saudi activists as prison-like. Women inside cannot freely access the internet or mobile phones, their movements are restricted and often the only way to leave is with the signature of a male guardian. The shelters say they offer women psychiatric care and therapy, but do not take in women who, for example, are pregnant out of wedlock. Premarital sex can lead to criminal prosecution in Saudi Arabia and other Muslim countries.

The most recent statistics from the Ministry of Labor and Social Development show that 577 Saudi women tried to flee their homes in 2015. That figure is likely to be much higher in reality because many families don’t report runaways due to social stigma.

The Farea sisters had moved to the US from Saudi Arabia with their mother and two brothers in 2015. The father spent time between the two countries, according to Arab News, which spoke to a relative.

Investigators say they believe the Farea sisters had filed for asylum. One of the problems women face in seeking asylum, though, is proving abuse.

“You have to have evidence for it and unless you have a threatening text (message), you may not have a very good asylum case,” said Coogle of Human Rights Watch.

After the Farea sisters died, witness called police with something he said had been “haunting” him. He’d seen the sisters standing apart at Riverside Park in New York, with their heads bowed into their hands praying loudly hours before their bodies were found. Investigators have stopped short of saying the sisters killed themselves, but say they have “no credible information that any crime took place.” 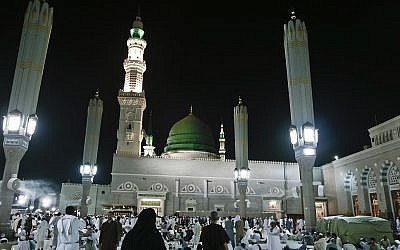 People make their way before prayer at Al-Masjid an-Nabawi or the Prophet Muhammad’s Mosque, the second holiest site in Islam, after the annual hajj pilgrimage on last day of Eid al-Adha, in the Saudi holy city of Medina Sept. 15, 2016. (AP Photo/Nariman El-Mofty)

The sisters’ bodies were returned to Saudi Arabia on Nov. 3 and they were buried the same day in Medina — home to one of Islam’s holiest sites where the Prophet Muhammad is buried.

“This is a tragedy all the way around,” said Shea, the chief of detectives in New York.