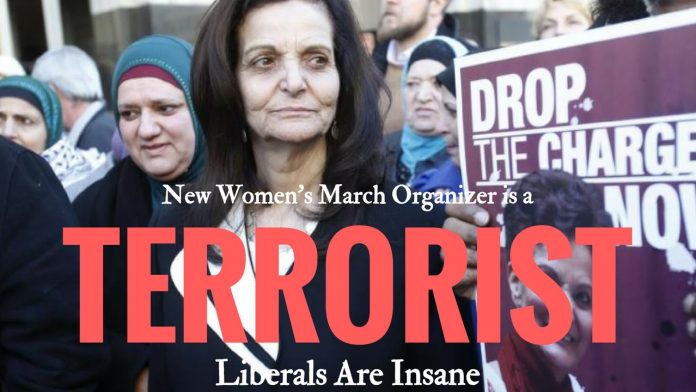 For all the harping the left does about how the rhetoric from Trump and the right is fueling antisemitism, one organization has at least accurately pinpointed one of its sources.

The Women’s March, a radically left feminist movement is often present at every high-profile protest you’ve seen over the past months, leading women in one chant or another. They claim to be for every social justice narrative you’ve ever heard such as equality and justice but have proven to be highly anti-white, anti-male, anti-rich, and very anti-Republican.

Among the “anti’s” they subscribe to, you can also add anti-semitic.

Among their leadership is Linda Sarsour, a pro-Sharia activist who has spouted some very anti-semitic hate on numerous occasions, and even considers rabid anti-Semitic hate preacher Louis Farrakhan among her mentors. Sarsour’s anti-Semitism and the resulting hate that leaked into her own movement is now starting to get attention.

According to Ashe Schow at the Daily Wire, The Friedrich Ebert Foundation, a German socialist think-tank, was set to reward the Women’s March with a human rights award but has now rescinded the award after members of the organization wrote a very public letter denouncing the Women’s March.

The members noted the anti-Semitic actions by the organization such as the Boycott, Divestment, and Sanctions movement against Israel, Linda Sarsour’s repeated insults towards the Jewish peoples, and Women’s March leadership being friendly with Farrakhan as proof that the Women’s March is an anti-Semitic organization.

“Just as important the struggle for feminism still is, so is the fight against other forms of discrimination, as well as to work inclusively and to not exclude Jews,” the members added.

“An organization that may support feminism, but discriminates against Jews and Zionists and denies Israel’s right to exist should not be honored by a democratic foundation that advocates diversity and speaks out against discrimination,” the group concluded.

It’s good to finally see the Women’s March being pointed out as the incredibly hateful movement it is after the American media and U.S. politicians have spent so much time making it seem like the group is pure as the driven snow.