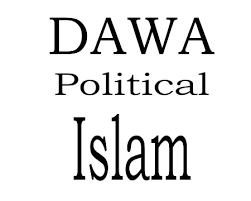 Ayaan Hirsi Ali in an exclusive video – Dawa is not terrorism, it is the act of missionizing. But when radical extremist elements start to preach Dawa they have a different agenda. They prey on the vulnerable, lonely, disaffected and troubled to convert for one purpose – Jihad.

Part 2 of the Dawa series – FGM has been performed globally on over 200-million girls and women. It is one of the world’s biggest human rights abuses and also one of the world’s most ignored. Millions of girls are at risk of being cut today. Human rights lawyer Reda Eldanbouki is leading the battle against FGM in Egypt. Reda founded the Women’s center for Guidance and Legal Awareness. This is the story of one man who is trying to change the world.

The Art of Extremism

There is little doubt that the Nazis were experts at the art supremacy and extremism. They have inspired numerous groups who have copied their methods to wreak terror on the world. Now the Jihadi groups use copycat techniques. But the history of Nazi association with Jihadi and Islamist groups stretches back to the 1930’s

Part 5 of the Dawa Series – Soraya Deen is a spiritual activist, lawyer and the founder of the Muslim Women Speakers which seeks to promote the voices of Muslim women as leaders within their communities. She is a co-founder of PeaceMoms, a Muslim / Christian interfaith organization and organized the first Interfaith Women’s Leadership conference t the Los Angeles City Hall.

Part 4 of the Dawa Series – Raheel Raza is a Muslim women’s advocate, president of Muslims Facing Tomorrow and a prominent Muslim reformer